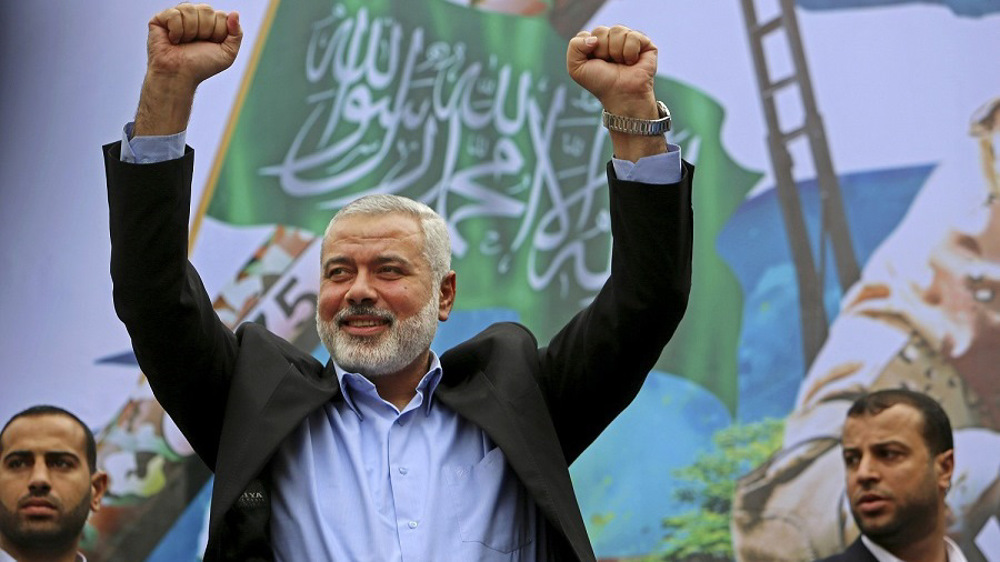 The Head of the political office of the Palestinian Islamic Resistance Movement, Hamas, says the recent Operation al-Quds Sword proved that the holy city of al-Quds is the main axis of anti-Zionism struggles.

Ismail Haniyeh made the remarks on Sunday, during a speech he delivered at the third international scholarly forum – titled “The Operation al-Quds Sword Gateway to Liberation” – on the 52nd anniversary of an arson attack against the al-Aqsa Mosque.

On August 21, 1969, the mosque was set on fire by an Australian settler named Dennis Michael Rohan in coordination with Israeli officials and military forces. The fire gutted the southeastern wing of the mosque.

The Hamas leader said that Operation al-Quds Sword made an important turning point in the history of the battle against the Israeli enemy, stressing that the turning point would definitely leave a profound impact on the demise of the occupation.

Haniyeh also said that billions of dollars spent to demonize and weaken the resistance were all spent in vain as they failed to achieve their goal against the operation and its achievements.

Al-Quds would be the pivotal point for achieving great victory against Israel and the liberation of our land from the grips of the occupying entity, the Hamas leader emphasized.

Back on May 10, the Israeli military launched a brutal bombing campaign against Gaza, following Palestinian retaliation for violent raids on worshipers at al-Aqsa Mosque and the regime’s plans to force Palestinian families out of their homes at the Sheikh Jarrah neighborhood of East al-Quds.

About 260 Palestinians were killed in the Israeli bombardment, including dozens of women and children.

In response, Palestinian resistance movements, chief among them Hamas, launched Operation al-Quds Sword and fired more than 4,000 rockets and missiles into the occupied territories. Twelve Israelis were killed.

Apparently caught off guard by the unprecedented barrage of rockets from Gaza, Israel announced a unilateral ceasefire on May 21, which Palestinian resistance movements accepted with Egyptian mediation.

On Saturday, the Gaza-based resistance movement also called al-Aqsa Mosque “a red line” for all Palestinians.

“Al-Aqsa Mosque is a red line, and any attack on it will face the heroic resistance of the Palestinian people, and they will not allow any fire to reach this mosque again,” Hamas said in a statement marking the 52nd anniversary of Israel’s burning of the al-Aqsa Mosque.

It stressed that the 1969 arson attack was the beginning of an extended scheme of Judaization, displacement, and demolition practiced by the Zionist regime aimed at establishing its “temple” in place of the Holy Mosque.

“The Operation al-Quds Sword is still going on with the Zionist regime and the resistance is prepared to respond to the occupiers’ crimes against the al-Aqsa Mosque,” Hamas added.