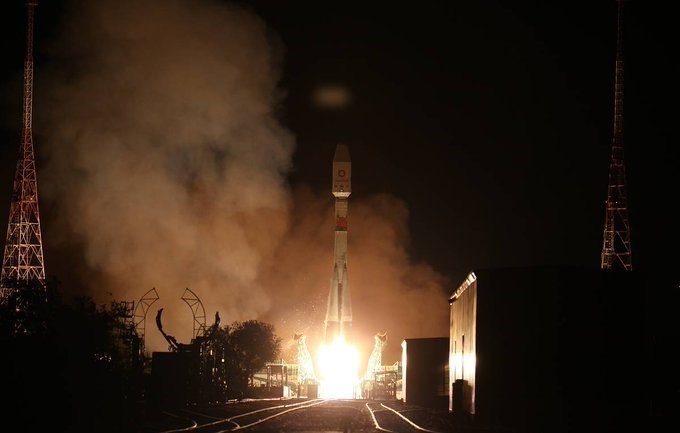 The Russian Soyuz rocket has launched 34 OneWeb satellites into constellation in space, totalling 288 satellites in orbit. The rocket, engineered by French company Arianespace, in tandem with British company OneWeb, aims to improve internet provision around the world.

The ArianeSpace rocket took off from the cosmodrome of Baikonur in Kazakhstan on Saturday at 22:13 GMT, the Space Agency of Roscosmos stated in a statement.

It was OneWeb’s fifth launch this year, the latest one being on 1 July.

A total of 288 satellites for the constellation are currently in orbit with the recent mission. However, in cooperation with the Indian conglomerate Bharti Global, OneWeb plans to run its worldwide internet network with 650 broadband spacecraft by the end of 2022.

Under a contract with Arianespace that was confirmed in September 2020, it is expected that 16 Soyuz launches will be carried out between December 2020 and late 2022 to expand the entire network.

The Russian Soyuz spacecraft, which was equipped with new systems for communication, monitoring, measurement, and temperature regulation, launched on July 9 and docked at the International Space Station. It carried three astronauts of different nationalities, as well as a doll representing one of the heroes of Soviet cartoons.

Projects to deliver the Internet globally via satellite networks are in the work.

Other companies – owned by renowned billionaires – are rushing to launch satellites into orbit, too. Elon Musk’s SpaceX has already placed more than 1,500 satellites in orbit for this purpose as part of the Starlink network. On another note, Amazon’s Jeff Bezos apparently has a comparable project named “Kuiper,” according to reports.