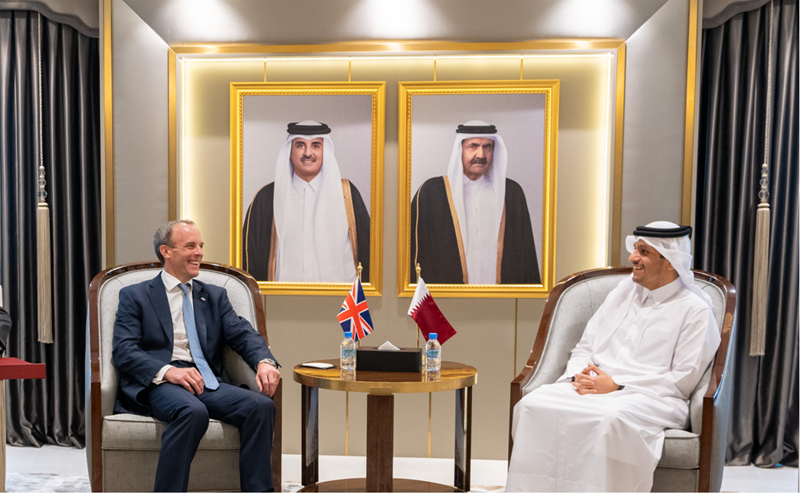 The Foreign Minister noted in a joint press conference he held with his British counterpart Dominic Raab that his country was working with Turkey to reopen the airport, adding that “there is no clear indication when (the airport) is going to be fully operational yet… We remain hopeful that we will be able to operate it as soon as possible.”

Russia’s Novosti agency had already confirmed the arrival of experts from Qatar and Turkey to Kabul Airport to help restart operations after the last US soldier withdrew from it and the “Taliban” was in full control f it.

US President Joe Biden called on Monday the US withdrawal from Afghanistan an “extraordinary success,” saying that 90% of Americans that wished to leave Afghanistan have already left it and that the United States has ended the longest war in its history.

The United States completed the withdrawal of its forces from Afghanistan on August 31, the deadline the White House had already set.

In a related context, the Security Council called on the “Taliban” Movement to facilitate the safe passage of Afghans and foreign nationals from the country. The Council voted on a resolution that calls for strengthened efforts to provide humanitarian assistance. Thirteen of the 15 ambassadors voted in favor of the resolution, while permanent members China and Russia abstained from voting