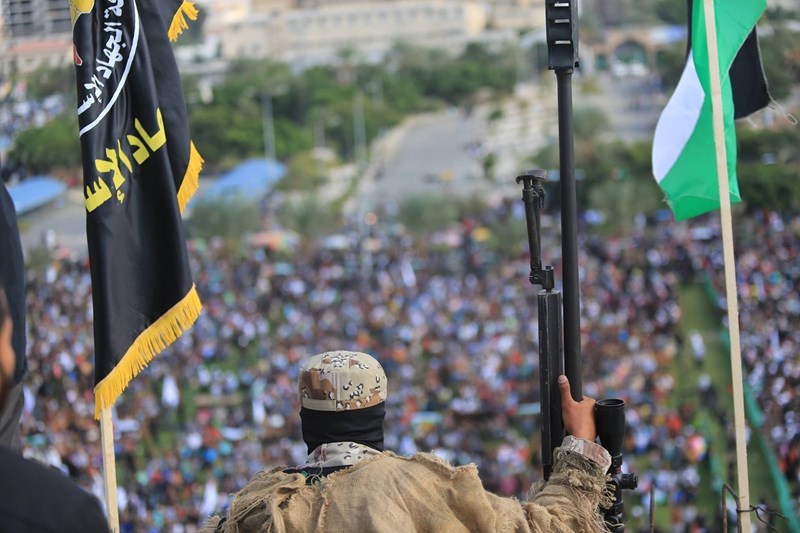 The spokesman for the Islamic Jihad Movement (PIJ) Tariq Salmi reaffirmed that continuing demonstrations and enduring defiance in the face of the Israeli occupation will break the cycle of aggression against Palestinian prisoners in occupation prisons.

In a statement, Salmi reiterated PIJ’s obligation to support the unified prisoners, describing it as a patriotic stand that represents a national consensus on the prisoner issue.

Salmi confirmed that this was only the beginning for the people who are seeking freedom and salvation, encouraging the Palestinian people to carry on their confrontations, emboldening rebellious youth to cross bypass roads and move towards checkpoints.

Simultaneously, the Palestinian Prisoners’ Club announced that the International Red Cross informed the families of the detainees that visits would be suspended until the end of the month.

100 Palestinians were injured while responding to attacks by the Israeli occupation forces. The attacks took place during a march at the Hawara checkpoint and the Beta junction, south of Nablus, according to the Palestinian Red Crescent.

Several Palestinians were also injured while responding to the occupation’s attacks in Al-Quds (Occupied Jerusalem), and the occupation soldiers suppressed a solidarity stand with the prisoners at Bab al-Amoud, during which the demonstrators chanted the name of “Zakaria,” one of the prisoners who escaped from Gilboa prison.