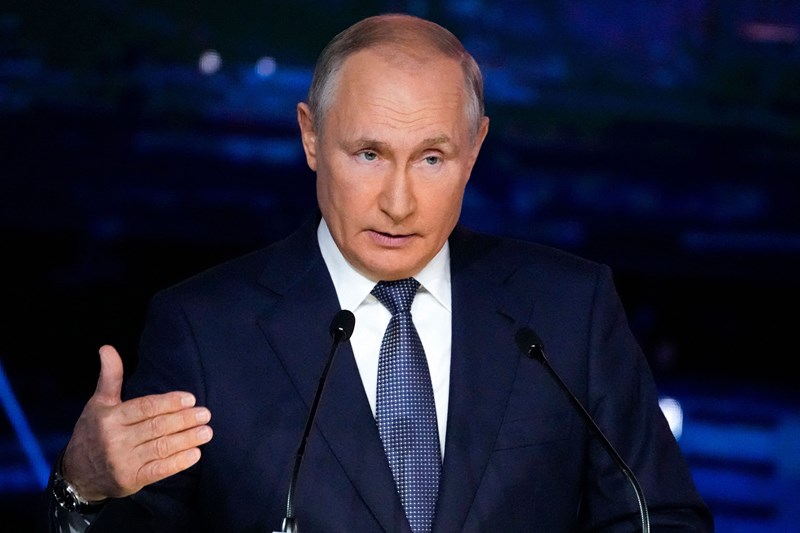 Russian President Vladimir Putin said Thursday the US forces’ withdrawal from Afghanistan led to a new crisis, and its effect on regional and global security is yet to be established.

Speaking at the BRICS summit, Putin asserted that long-standing regional conflicts do not cease: “They flare up with renewed vigor,” he explained.

The Russian president expressed the belief that the new round of crisis is related to “irresponsible attempts to impose foreign values” and the desire to establish so-called democratic structures through socially and politically rebuilding the country. This is done without taking any historic factors or national character into consideration.

“Russia and its BRICS partners consistently advocate the establishment of long-awaited peace and stability on the Afghan soil. Residents of this country have been fighting for decades. They have the right to independently determine what their country should be like,” Putin concluded.

In turn, former Iranian Foreign Minister Mohammad Javad Zarif took to Twitter to say “a horrifying strategic mistake is being repeated in Afghanistan.”

Zarif called for politically engaging in Afghanistan and forming an inclusive government, in which everyone can participate before the tides change again. The former minister noted that no one could rule the Afghan people by force.

“Three superpowers failed miserably. So will any other claimant to coercive authority,” he asserted.