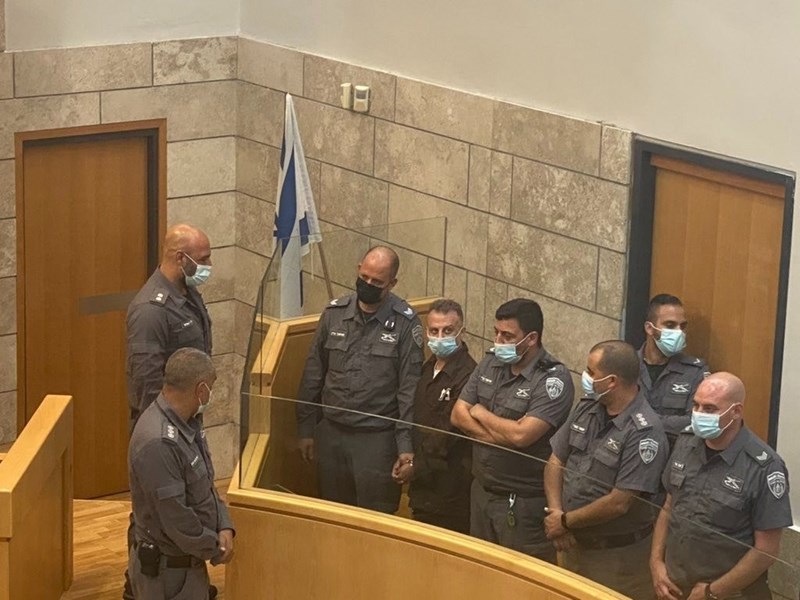 On Sunday, the Israeli occupation court in the city of al-Nasira will hold a session to extend the detention period of the 4 prisoners who were re-arrested, after they broke out of Gilboa Prison, which is considered one of the most fortified prisons in occupied Palestine.

The lawyer of one of the detainees said that the lawyers of the Palestinian Detainees’ Affairs Commission made a request to the court for the prisoners to attend the court session, but the occupation is using the Coronavirus pandemic as a pretense to hold it online instead.

The lawyer added that the Shabak is trying to fabricate charges against the prisoners in order to increase their prison sentences.

The Israeli occupation forces announced at dawn, Sunday, the re-arrest of the last two prisoners who broke out of the occupation’s Gilboa prison, Ayham Kamamji and Munadel Nafi’at.

Al Mayadeen correspondent confirmed that “the youth of Jenin confronted occupation forces with bullets in more than one neighborhood in the city,” noting that “a large occupation force stormed Jenin and surrounded its homes, and the people were quick to respond with bullets.”

On September 10, the Israeli occupation forces arrested the first two prisoners from Gilboa prison, Yaqoub Qadri and Mahmoud al-Arida. Then, on September 11, it arrested two others, Zakaria al-Zubaidi and Mohammad al-Arida.

The 6 prisoners had broken out of Gilboa prison near the occupied city of Beisan, at dawn on Monday, September 6th, in defiance of the Israeli occupation’s security and military establishment, as stated by the Palestinian factions.