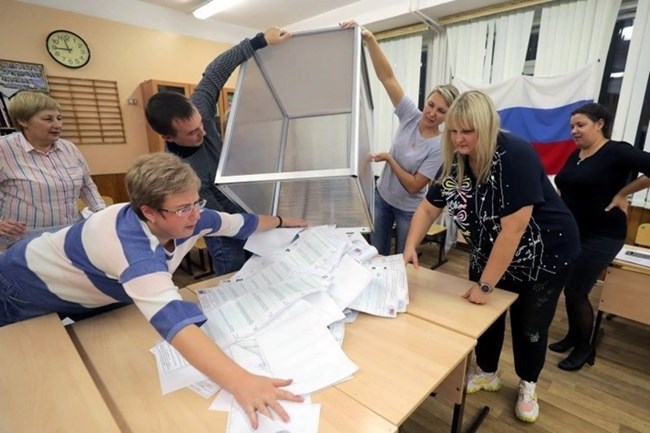 The ruling party in Russia took the lead in the legislative elections, according to updated results published by the Electoral Commission, which include 68% of the votes in Russia and 50% in Moscow. The United Russia party led with 49%, and the Communist Party came in second place.

450 deputies are to be elected to the Duma, while local and regional elections are also being held in the country.

In the 2016 elections, the United Russia party received 54.2% of the votes, while the Communist Party received 13.3%. As such, it seems that the Communists are on their way to achieving better numbers compared to the last election.

Yesterday, the Russians cast their votes in the last round of the 3-day parliamentary elections.

Today, the head of the Russian Central Election Commission, Ella Pamfilova, said in response to the rumors on Telegram that “reports about the alleged plans to delay the completion of the results of the general elections are false.”