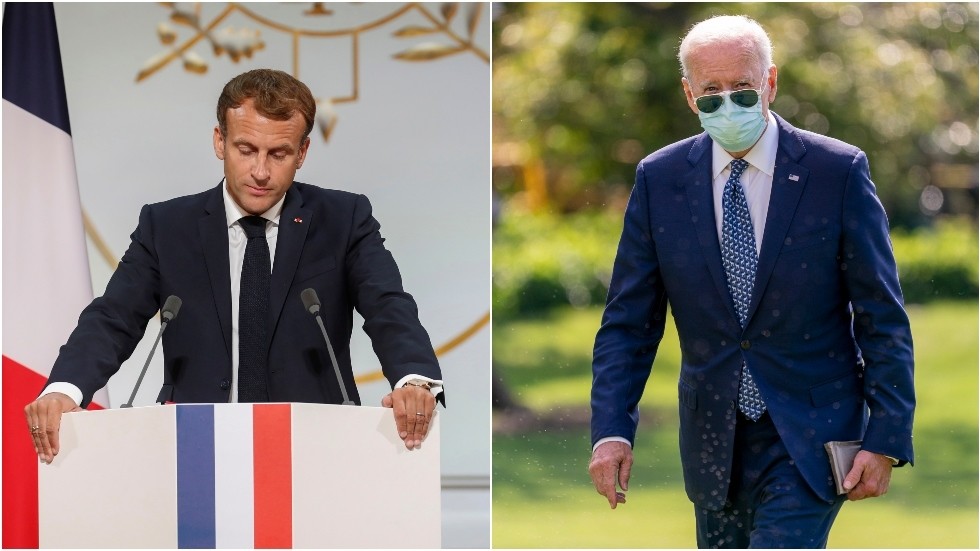 France will rethink its concept of alliances and partnerships after the US negotiated a nuclear submarine deal with the UK and Australia without so much as telling Paris, said the French Foreign Minister Jean-Yves Le Drian.

“At issue here isn’t so much the breach of a weapons contract – even if this harms France – but the breach in confidence between allies,” Le Drian said Monday at a press conference in New York, on the sidelines of the UN General Assembly session. “This calls for serious reflection among Europeans on the very concept that we have of alliances and partnerships“

US President Joe Biden, Australian Prime Minister Scott Morrison and British PM Boris Johnson announced last week that they will be working together to arm Canberra with nuclear-powered submarines. The project, dubbed AUKUS, scrapped a major Franco-Australian shipbuilding contract for diesel-powered submarines, and Paris reportedly found out about it from the media.

Le Drian said the US announced the decision “without telling anyone,” which is regrettable because “an alliance, a partnership, that means transparency, predictability. And none of this was there.” Alliances mean talking to one another, not hiding important matters from one another, and making them public without informing allies in advance, he said

Unilateralism, unpredictability, absence of consultations between allies – in particular the US – “means that reflexes remain from an era we hoped had gone,” he added, in what was universally interpreted as a reference to the Trump administration.

Le Drian also wondered about the effects of AUKUS, which France considers to be “very confrontational towards China.” Regretting that Europe was excluded from this initiative, the chief French diplomat called on EU allies to “chart their own path.”

This sort of talk echoes the comments by President Emmanuel Macron in November 2019, when he condemned Turkey’s incursion into Syria as unilateral action unbecoming of a NATO ally and spoke of the “brain death” of the US-led alliance.

France has so far responded to the AUKUS snub by recalling its ambassadors from Washington and Canberra for consultations, and canceling a celebration of the Battle of the Capes, a 1781 French naval victory that helped the American colonists win their independence from Britain.

Le Drian also scrapped a planned meeting with his British counterpart. He told reporters on Monday he had no intention of meeting US Secretary of State Antony Blinken at the UN, though he might run into him “in a corridor somewhere.”

Paris had previously expected to figure prominently in any US and Australian plans for the Indo-Pacific, given that France has a number of overseas territories in the region – such as French Polynesia and New Caledonia – where it also maintains a military presence.