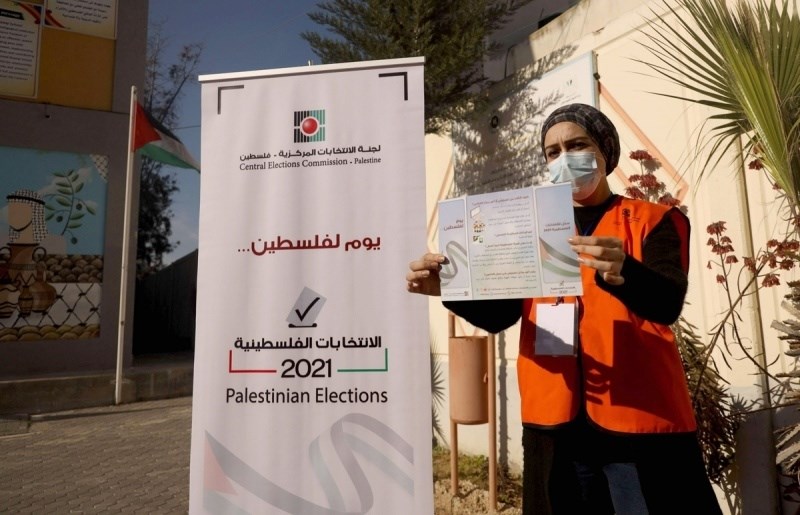 The Islamic Resistance Movement in Palestine reiterated on Tuesday its opposition to the municipal elections scheduled for December 11.

In a statement, the movement rejected the Palestinian Authority’s call for holding the municipal elections partially, adding that the elections “serve narrow partisan and factional interests in favor of the PA at the expense of our people’s interests and aspirations.”

The movement has also stressed that the current situation requires everyone to focus on how to confront the Israeli occupation and its aggression, defend Palestinian prisoners, confront settlements, end the unjust siege on Gaza, and protect the unity of our people.

What you need to know

The Palestinian Authority decided on September 6 to hold the first phase of municipal elections on December 11 and the second phase in early January 2022.

There are 388 municipal councils in the West Bank and Gaza Strip.

In the West Bank, the most recent municipal elections were held in May 2017, followed by supplementary local elections in July of the same year.

Al-Batsh to Al Mayadeen: Going to legislative elections has become a fantasy

On Palestinian elections, the Islamic Jihad’s leader Khaled al-Batsh considered that “going for legislative elections has become a fantasy, pointing out that the core of the problem is building the national reference.”

In the same context, he saw that “the road to unity begins with rebuilding the Liberation Organization, re-forming a National Council, an Executive Committee and a new Central Council”.

The top Palestinian figure told Al Mayadeen that “some countries still believe in the legitimacy of “Israel” in the region, and they are surprised by the steadfast resilience of Palestinians.”

He considered that “the resistance has the right to spread hope in the veins of the nation… proving that Palestine is capable of emerging victorious over “Israel”.”