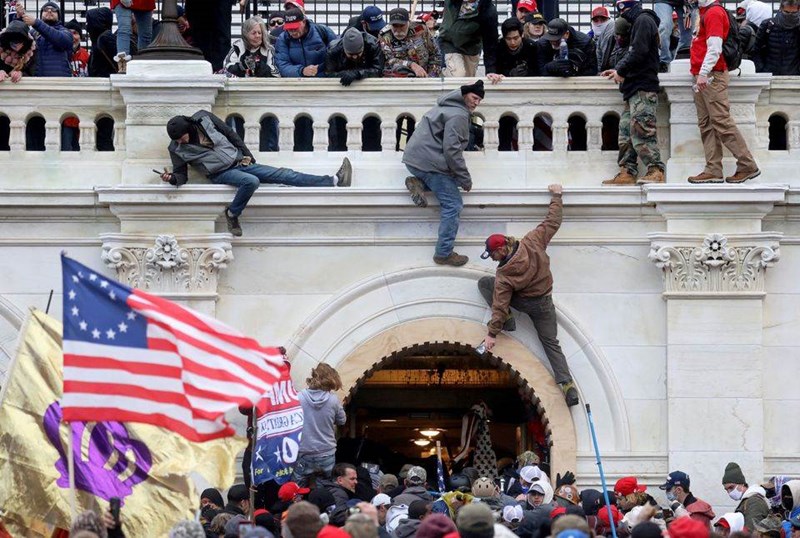 Trump’s inner circle is subpoenaed for their possible role in the riots (Reuters)
Four people from former President Donald Trump’s inner circle received subpoenas on Thursday to appear before a congressional committee to shed light on what exactly Trump said and did the day the Capitol was stormed earlier this year.

Congressional investigators are closing in on Trump, whom Democrats blame for the January 6 attack on the Capitol in Washington DC.

The Democratic-controlled special commission, which Trump described as biased, is particularly interested in Mark Meadows, the former Trump administration’s chief of staff.

Democratic Representative Benny Thompson, who chairs the committee, wrote in a letter to Meadows, “The Select Committee has revealed credible evidence of your involvement in events within the scope of the Select Committee’s inquiry”.

It is believed that Dan Scavino, one of Trump’s closest advisers who was recalled, was with him on January 5 during a discussion about how to persuade members of Congress not to certify Joe Biden’s victory in the November presidential election.

Several hundred rioters claiming the vote was rigged stormed the Capitol on January 6, as Congress was about to officially certify Biden’s victory.

The violent and chaotic attack resulted in the death of five people at the capitol, including a policeman. Trump has refused to admit defeat to Biden and continues to make baseless claims that he won the election.

The former president responded to the saying in a recent statement “We will fight the Subpoenas on Executive Privilege and other grounds.”

Other Trump associates summoned by the committee include Steve Bannon and Kashyap Patel. The commission wants these four to submit a set of documents by October 7 and testify before Congress the following week.