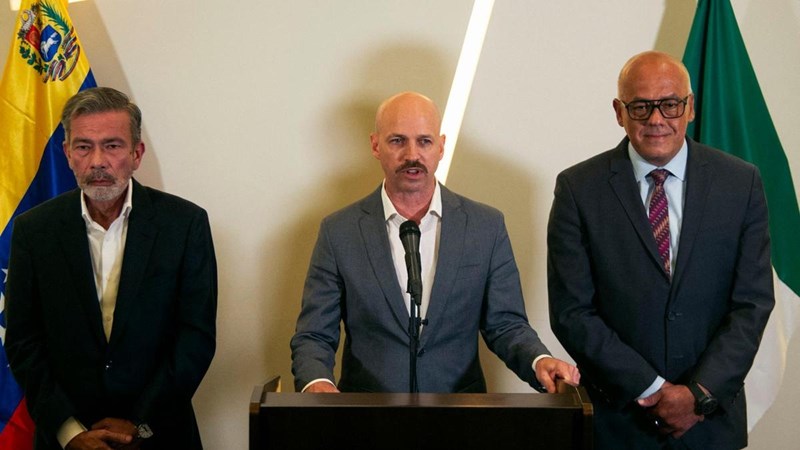 Caracas and Guaido’s opposition reported making progress toward resolving their differences in the Norway-mediated, New Mexico-held talks during their third round, which concluded on Monday.

The positions of the two sides “moved closer in the search for solutions to the challenges in social, economic, and political matter,” said a statement read by Norwegian mediator Dag Nylander.

The joint statement did not get into details regarding the areas in which progress was made during the negotiations, which aimed at solving the political crisis in Venezuela.

However, the parties did report making advances in efforts to establish a mechanism for consultations with “national and international political and social actors to support the negotiations.”

Caracas is aiming for sanction relief from the West-imposed sanctions exacerbating the crisis in Venezuela, while the opposition mainly wants to ensure their participation in the upcoming regional elections.

Neither President Maduro, who the opposition accuses of fraud over his re-election in 2018, nor Guaido, the leader of the opposition who was suddenly considered President by nearly 60 countries, is personally taking part in the negotiations.

President Maduro tweeted the joint statement and commended the document following the conclusion of the talks.

Venezuela
Previous ArticleSanaa: UN Recognition of Hadi’s Government is a Political Scandal
Next Article FBI: Murder and Manslaughter Rose by 30 Percent in the US