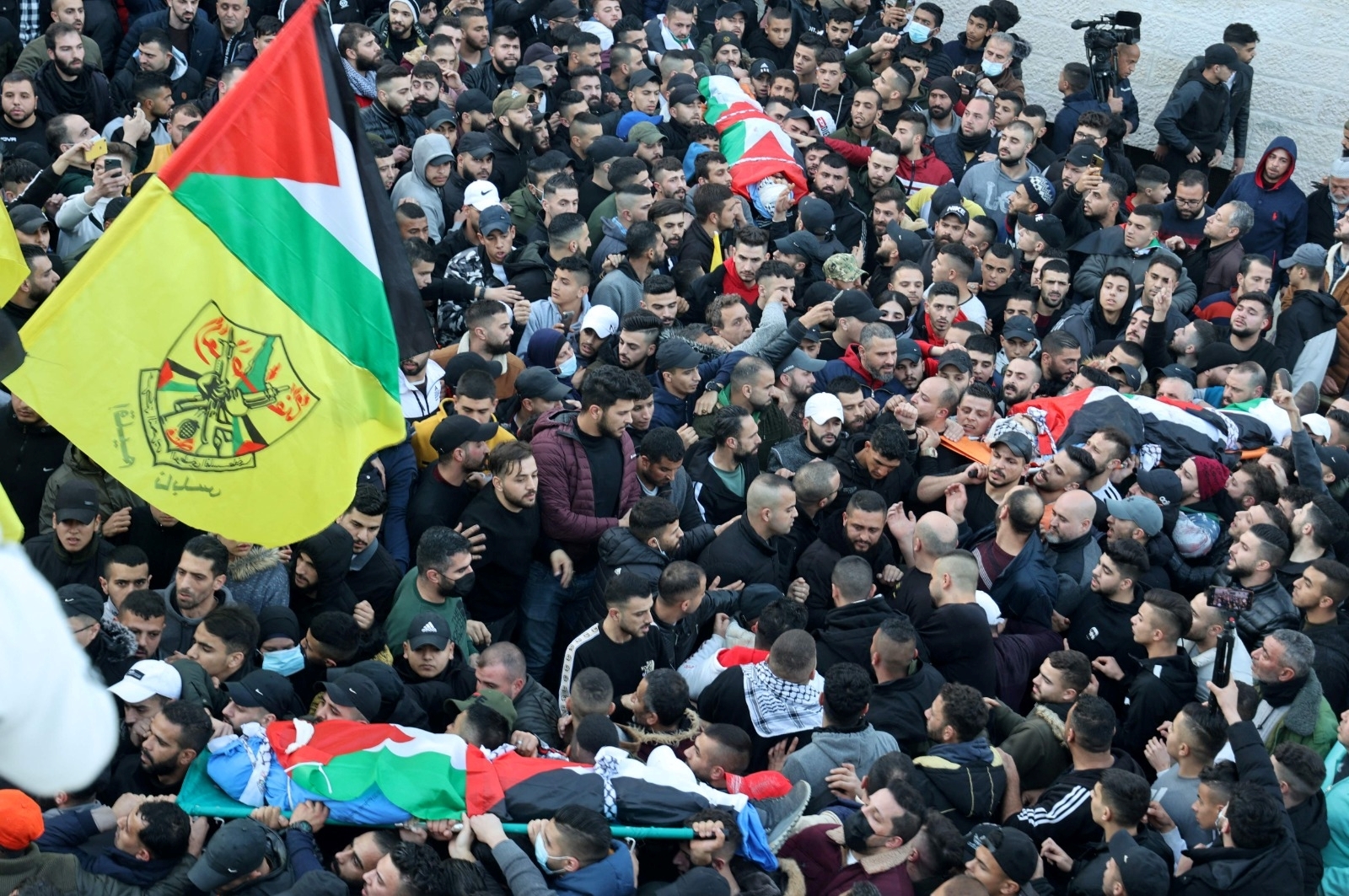 The occupied West Bank witnessed a state of tension and anger following the assassination of three Palestinians in Nablus.

More than 50 young men were injured during confrontations with the Israeli occupation forces at Beita, Burqa, and Bazariya junction, south of Nablus, in the occupied West Bank, in the wake of calls for an anger day following the martyrdom of three Palestinians.

The Palestinian youths set rubber tires on fire and threw stones at the IOF. Gunfire was also fired at the occupation forces at the Beita junction, south of Nablus.

Al Mayadeen‘s correspondent in occupied Palestine indicated that the West Bank witnessed a state of tension and anger due to the assassination of the three resistance fighters on Tuesday.

Palestinians mourned the three martyrs Ashraf Mubaslat, Adham Mabrouka, and Mohammad Dakheel in front of the Rafidia Hospital, who were laid to their final resting place in the eastern cemetery.

For its part, Al-Aqsa Martyrs Brigades in the Gaza Strip called for a general mobilization among its fighters in the West Bank and occupied Al-Quds in retaliation for the assassination operation by the IOF in the city of Nablus.

The Fatah Movement Secretary in Nablus, Mohammad Hamdan, vowed the Israeli occupation a response to the assassination.