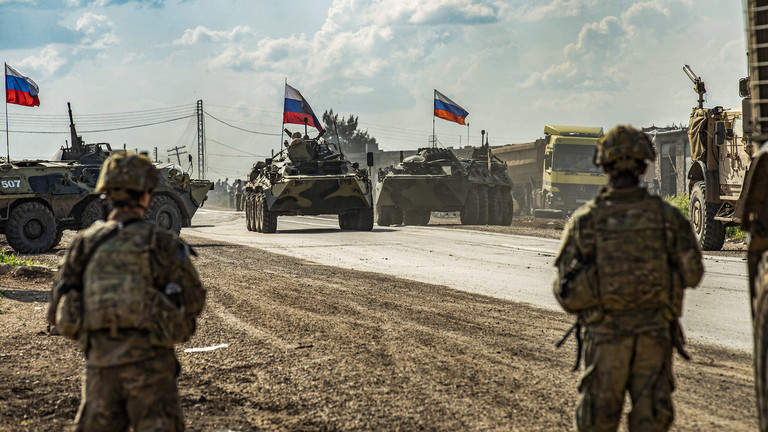 Belarusian soldiers could be sent to Syria to help Moscow provide humanitarian aid, after Russia’s Prime Minister Mikhail Mishustin ordered that his country’s defense and foreign affairs ministries negotiate an agreement with Minsk.

The document, signed last week but published this Monday, proposes that Russia work together with its closest ally in helping the war-torn nation. The text suggests that Belarus could send up to 200 soldiers to assist the Russian troops. They will not engage in combat and will remain out of the conflict zone.

“The Belarusian military contingent is involved in the implementation of activities exclusively for humanitarian purposes outside the combat zone,” the document explains.

Russia and Belarus are both part of the Union State, an agreement signed in 1999. Ever since, the two nations have regularly cooperated on many fronts, including military, and periodically host each other for drills and exercises.

The exact number of troops, as well as their purpose, will be defined by Minsk, in coordination with Moscow, and the Russian Ministry of Defense will be responsible for the accommodation and supplies for the support troops. Moscow will handle the logistics and intelligence, as well as provide weapons and uniforms for the joint military personnel.

The initiative, however, has not been entirely welcomed with open arms by Belarusian President Alexander Lukashenko. Following the publication of the document, the long-time leader said that the decision to send Belarus’ troops abroad is solely up to him, but suggested that Minsk may be willing to send its medics to Syria after the pandemic is over.

The Russian military operation in Syria started in September 2015, after President Bashar Assad requested military aid from the Kremlin to help fight against terrorist insurgency in the country. In 2016, Russia established the Reconciliation Center for Syria, which is charged with assisting the humanitarian efforts and maintaining the ceasefire agreement.