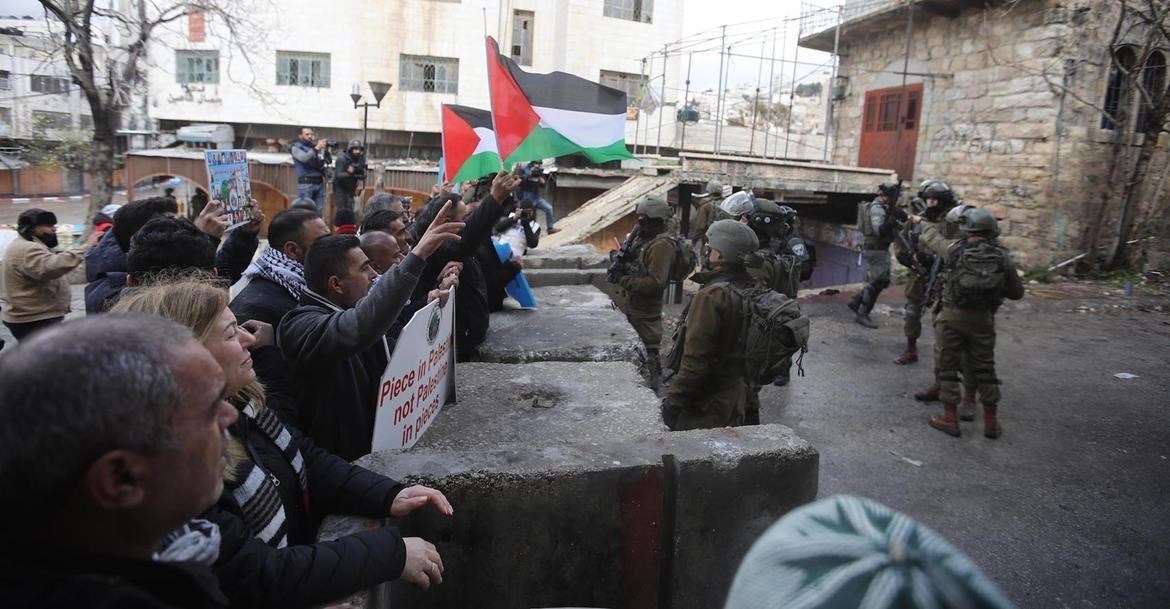 Dozens of Palestinians were injured yesterday in confrontations with the Israeli occupation throughout the occupied West Bank.

Dozens of Palestinians were injured in confrontations with the Israeli occupation throughout the occupied West Bank.

In Nablus, the Red Crescent Society reported that its crews dealt with 22 injuries, 10 of which were caused by teargas, five by rubber-coated metal bullets, and six by falling, in addition to one other unspecified injury, all of which were treated by field medics.

Confrontations erupted on Friday between local youths and Israeli occupation forces in Jabal Sbeih in the town of Beita, south of Nablus. Israeli forces fired rubber-coated metal bullets and tear gas canisters on the youth.

The Palestinians asserted that they will continue to confront the occupation, despite adverse weather conditions and the terrorism being practiced by the occupation and its settlers.

The youths set fire to rubber tires after the occupation’s bulldozers entered Jabal Sbeih and tried to prevent the youths and ambulances from reaching the area.

For months, Beita has witnessed semi-daily protests against the Israeli occupation’s control of Palestinian lands in Jabal Sbeih. Since the beginning of the protests, the occupation has killed 9 Palestinians, injured hundreds, and arrested dozens.

Three Palestinians were injured by rubber-coated metal bullets and one other was arrested on Friday during confrontations with the Israeli occupation that took place following a march protesting settlement activities in Kafr Qaddum.

Kafr Qaddum has witnessed weekly protests on Friday and Saturday since July 2011 in protest of the Israeli occupation’s closure of Al-Qarya Street, which the occupation closed off in 2003.

A number of Palestinians were also injured in Al-Khalil on Friday in confrontations with Israeli occupation forces during a march to commemorate Al-Ibrahimi Mosque massacre of February 25, 1994, in which 29 Palestinians were massacred when a settler opened fire on worshippers praying at dawn.

Israeli occupation forces also prevented press crews from entering the area and barred them from reporting on the confrontations.