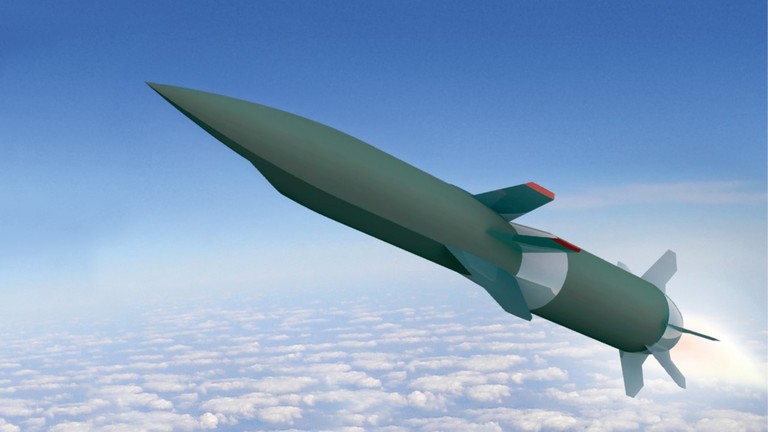 The US has tested a hypersonic missile designed by Lockheed Martin for the Hypersonic Air-breathing Weapon Concept (HAWC) program, a defense official cited by CNN on Monday has claimed. The Biden administration supposedly kept the trial secret not to antagonize Russia further.

According to the CNN source, the scramjet missile was launched from a B-52 bomber off the west coast and traveled at an altitude of 65,000 feet (20,000 m) for more than 300 miles (480 km). The source did not disclose the speed of the projectile, though it should have been at least Mach-5, which is considered the low range for hypersonic weapons.

It was the second reported successful test under the HAWC program, which is run jointly by the US Air Force and the US Defense Advanced Research Projects Agency (DARPA). Last September, DARPA announced it had tested a scramjet missile prototype produced jointly by Raytheon Technologies and Northrop Grumman, without offering any details.

Both variants use a booster stage to speed the projectile up to a point where the main scramjet engine of the missile can kick in. The design is different from Russia’s air-launched hypersonic ballistic missile called Kinzhal, which the country used on the battlefield for the first time days before the American test, according to CNN’s timeline.

The Russian weapon was used on March 18 to destroy a fortified ammo depot in western Ukraine, according to the Russian military. The US downplayed the significance of the deployment, with President Joe Biden stating that it “doesn’t make…much of a difference except it’s nearly impossible to intercept”. The point of reaching hypersonic speed range with weapons is to defeat enemy anti-missile defenses and be able to deliver strikes on short or no notice.

In addition to Kinzhal, Russia has a hypersonic cruise missile called Tsirkon in its arsenal. The anti-ship weapon is designed to be launched from ships and submarines. Moscow considers it to be a potent threat to high-value naval targets like aircraft carrier strike groups.

The CNN source said the US decided not to publicize the Lockheed Martin prototype test to avoid escalating tensions between Washington and Moscow. The US military canceled some routine ICBM tests amid the crisis in Ukraine, citing the same reason.

The US is believed to be somewhat lagging behind Russia and China in terms of developing hypersonic weapons. The US Air Force’s parallel Air-launched Rapid-Response Weapon (ARRW) faced a series of setbacks last year, with a third unsuccessful test in a row reported in December.

The weapon design includes a solid-propellant booster, which deploys a wedge-shaped glide vehicle to the altitude and speed necessary for a long-range strike. Both Russia and China say they have hypersonic gliders deployed from ballistic missiles at their disposal.