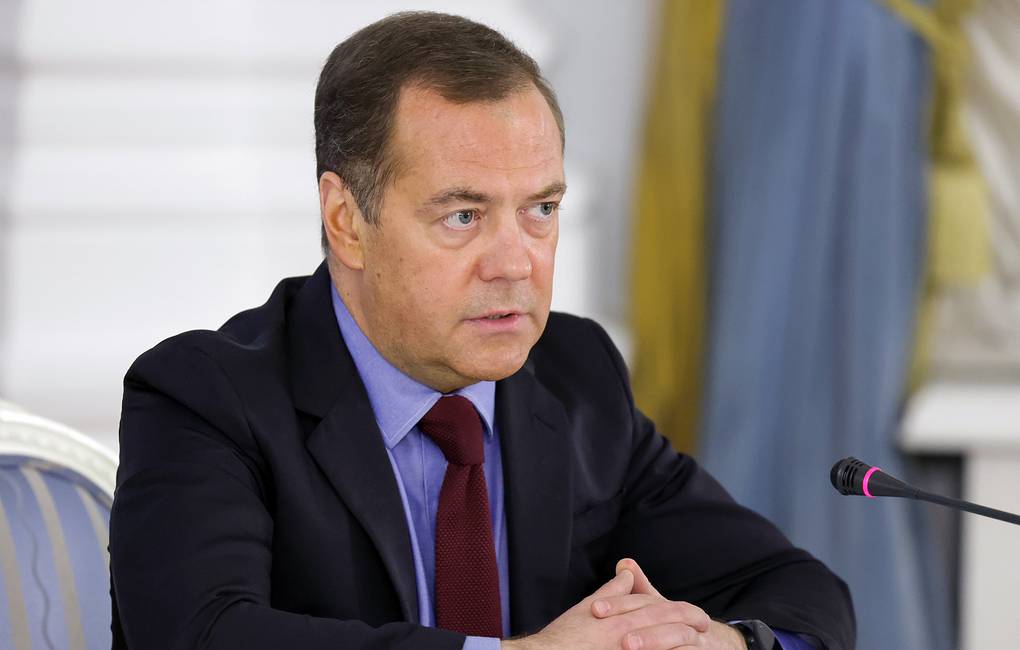 The current unprecedented measures of illegal influence will cause a total disregard for the norms of international law, the Deputy Chairman of the Russian Security Council pointed out

The current unprecedented sanctions against Russia will cause further collapse of all international institutions, Deputy Chairman of the Russian Security Council Dmitry Medvedev said.

He wrote in his Telegram channel on Friday that unlawful sanctions always cause a degradation of the international law system. “The current unprecedented in breadth, scope and degree of cynicism measures of illegal influence will cause further collapse of all international institutions, including above all the UN, and a total disregard for the norms of international law,” the deputy chairman of the Security Council pointed out.

According to him, on Thursday, in particular, a similar thing happened to the UN Human Rights Council, “it lost its legitimacy for Russia.” “Diplomatic relations will also come to a complete standstill, their level with a number of states will be lowered or there will be a complete breakdown,” Medvedev concluded.

In general, the deputy chairman of the Security Council noted that sanctions have been discussed “an endless number of times” recently, while “enemy countries keep imposing them against Russia.”

In this regard, Medvedev pointed out that he decided to recall “some fundamental moments of the sanctions epic.” “Sanctions are coercive measures taken by the UN Security Council on the basis of Article 41 of the UN Charter against the offending state. I would like to emphasize specifically: there is no other way to adopt them. Everything else is reprisals, which are not internationally recognized, they are not sanctions in the sense of international law,” he explained.

“Consequently, everything that has been done almost a thousand times recently against Russia is a direct violation of the rights of the Russian Federation as a sovereign state by individual countries or their alliances. Thus, Russia is now under illegal sanctions by a number of countries,” Medvedev concluded.