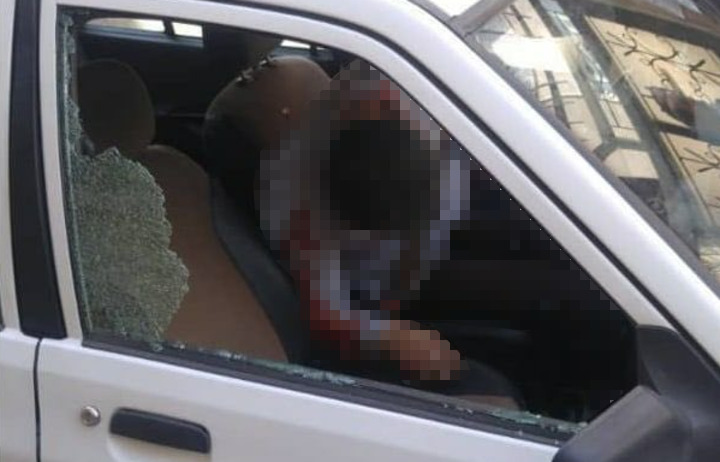 Iranian Quds Force Colonel Hassan Sayad Khodayari who was assassinated on May 22 had planned kidnappings and other attacks on Israeli and Jewish targets worldwide, according to reports in the Israeli media.

The Quds Force is one of five branches of the Islamic Revolutionary Guard Corps (IRGC) specializing in unconventional warfare and military intelligence operations. The force is mainly active against Israeli and the US.

Khodayari was shot and killed in the heart of the Iranian capital, Tehran, by two assailants who were moving on a motorcycle.

Israel’s Channel 12 reported that Khodayari was behind an attempt by Iranian operatives to lure Israeli academics, businesspeople, and former defense officials abroad and possibly kidnap or harm them. The attempt was recently uncovered by the Shin Bet security agency.

The news channel also said that Khodayari was behind an alleged plot to kill five Israelis in Cyprus that was uncovered last November.

Channel 12 said that Khodayari had recently returned from Syria. He reportedly service in the past in the country under the command of former IRGC’s Quds Force commander Major General Qassem Soleimani, who was killed in a US drone strike in Iraq in January 2020.

The Iranian media called Khodayari “defender of the sanctuary,” a term usually used to refer to IRGC service members who were deployed in Syria or Iraq.

An Iranian security source was quoted by Jadeh Iran as saying that Khodayari played an “important” role in Iran’s military industry, “especially when it came to drones.” The news outlet also revealed that the senior officer was involved in the transfer of weapons to Syria.

The nature of Khodayari work and the method used to kill him indicate that the Mossad, Israel’s national intelligence agency, was behind the assassination. The IRGC blamed the assassination on the “enemies of the revolution” and the “followers of global arrogance” in a hint to Israel and the US.

The Nour News agency, which is affiliated with Iran’s Supreme National Security Council said that the assassination of Khodayari constitutes “a crossing of the red line,” and that those responsible “will pay a heavy price.”

The assassination of Khodayari will clearly lead to more tensions between Iran and both the Israel and the US. An Iranian response seems inevitable. Israel may have orchestrated the assassination to sabotage the ongoing US-Iran talks to revive the 2015 nuclear deal.