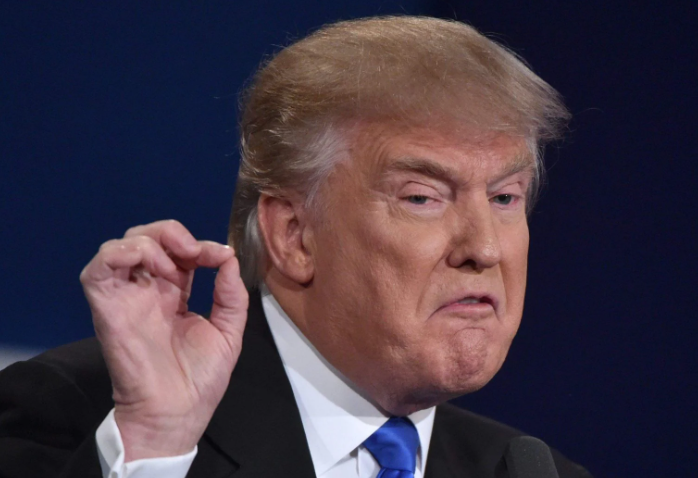 The former US president is, again, facing criticism over a controversial post he endorsed.

Former President Donald Trump caused a stir when he uploaded a post on his social media site, Truth, that appeared to depict or prophecize a civil war in the United States.

The “Truth” shared by the former president on Sunday was first posted by an anonymous account known as Maga King Thanos.

The post had a screenshot from a March 19th Tweet by El Salvador’s President Nayib Bukele, where he says “the world’s most powerful country is falling so fast”, adding that “Something so big and powerful can’t be destroyed so quickly, unless the enemy comes from within.”

Former Fox Nation anchor Lara Logan published a screenshot of the tweet on the social network Truth. The anonymous MAGA supporter then shared and captioned the post “Civil War,” which Trump subsequently posted.

Attorney George Conway, one of Trump’s most vocal detractors, highlighted the interaction.

Conway told CNN on Sunday night that Democrats are “terrified of him” and are not taking the former president’s danger to American democracy seriously enough.

However, they are also concerned about an increasingly radicalized Republican base which considers that those who disagree with them politically are a threat to the nation, and hence violence may be required to combat them, as seen by this social media post, he stated.

Others, including members of Trump’s own party, have also slammed the tweet.

“Would any of my fellow Republicans please speak up? Or do we just want to get through ‘one more election’ first…?” Tweeted Republican Representative Adam Kinzinger, one of Trump’s few Republican opponents in Congress.

Eric Swalwell, a Democratic representative, wrote that Donald Trump is calling for civil war but “of course, like Vietnam and the walk to the uprising, he won’t be man enough to fight it.”

Trump has been embroiled in controversy in recent months, following a probe into the events of the January 6 Capitol riots.

His history of calling for violence was recently documented in detail.