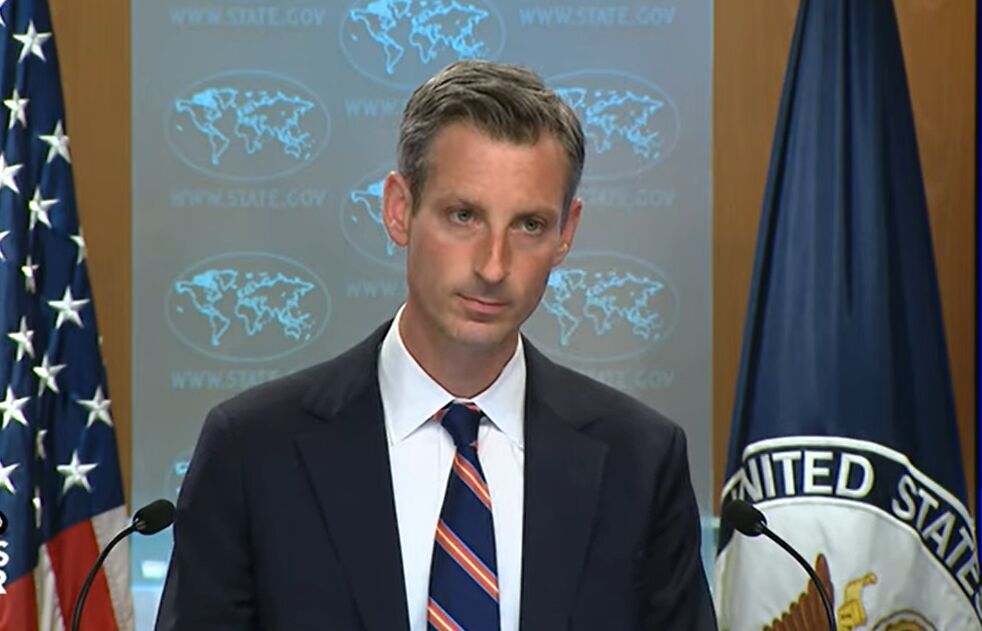 The United States claims to be keeping up efforts to return to the 2015 Iran nuclear deal, despite its policies being in line with those of the Zionist regime as well as the recent anti-Iran resolution pushed by Germany, the UK, and France, all parties to the nuclear accord.

Spokesman for US Department of State Ned Price on Monday afternoon addressed reporters on the recent report by the International Atomic Energy Agency (IAEA) that the US shares many data with the UN nuclear watchdog and has faith in it.

Noting that assessment made by the Director General of the IAEA Rafael Grossi is similar to the United States’ evaluations, he claimed when the nuclear deal was implemented the timeline for producing a nuclear bomb, which was estimated at 12 months in 2018, has significantly decreased to a week or less.

He also alleged that the assessments are always being updated, adding that until the time that reciprocate abidance by the JCPOA leads to non-proliferation advantages, the US will try to pave the way for mutual return to the nuclear agreement.

The US will not wait for witnessing Iran turning into a nuclear state, he claimed, noting that Washington will coordinate with its allies in this respect.

Answering a question on the United States’ change of policy when it comes to Iran and North Korea, Price said that the Iranian nuclear program was limited and controlled until 2018, but the Trump administration’s decision to withdraw from the JCPOA cancelled the nuclear restrictions and Tehran has been capable of advancing its atomic program.

He stipulated that there is one reliable solution for the Iranian nuclear activities, which is mutual return to the nuclear deal.

The spokesman alleged that the revival of the JCPOA seems to play a key role as a tool to pave the way for abiding by the deal, otherwise, the US is holding talks with its allies throughout the globe to assure that Iran would not attain atomic weapon.

The eighth round of talks on removing anti-Iran sanctions kicked off on December 27, 2021, but the negotiations entered a halt following High Representative of the European Union for Foreign Affairs and Security Policy Josep Borrell’s suggestion to provide negotiators with an opportunity to come back to their capitals for political consultations.

The Biden administration claimed that they seek to revive the JCPOA, but they have done nothing tangible to show their good faith in this regard, and they have even pursued failed policy of his predecessor’s maximum pressure on Iran.

Almost the whole countries involved in the Vienna talks call for immediate conclusion of the nuclear negotiations, but any final agreement requires political decision by the US on remaining key issues.

The United States claims that Tehran should take the stance to remove concerns beyond JCPOA proposed by Washington.

Iran’s Minister of Foreign Affairs Hossein Amirabdollahian emphasized in a phone call with Borrell that the Islamic Republic is determined to reach a stable and strong agreement on nuclear deal, while a recent move by the US and its European allies in preparing a hasty draft resolution against Iran is in contradiction to diplomatic path, which will complicate the negotiations.

The FM also warned that any anti-Iran move by the US and three European states in the IAEA will be reacted firmly and appropriately.

He further noted that recent visit by Grossi to Tel Aviv ahead of the IAEA Board of Governors’ meeting is in contradiction with the agency’s technical and professional position and its non-partiality.