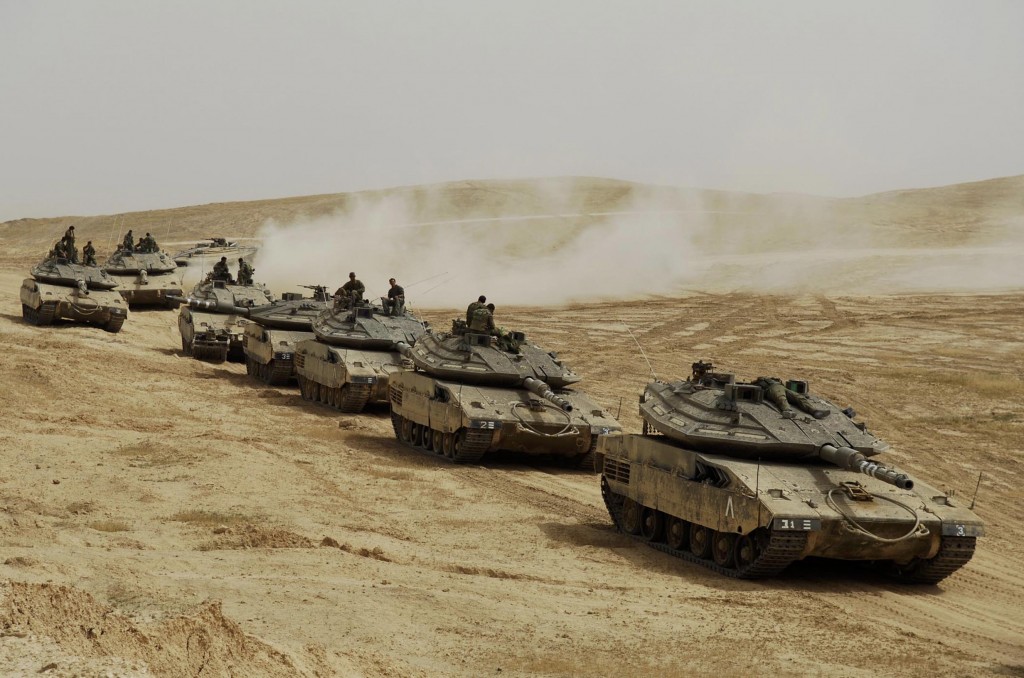 Early on June 8, several battle tanks of the Israeli Defense Forces (IDF) advanced in the UN-monitored buffer zone in the southern Syrian governorate of al-Quneitra and opened fire at an alleged observation post of the Syrian Arab Army (SAA) near the town of al-Malgah.

No casualties were reported as a result of the attack, which represented a blatant violation of the 1974 separation of forces agreement.

After the attack, the IDF dropped leaflets over al-Qunitra warning the SAA against maintain any presence within the 235 square kilometer buffer zone.

“To the commanders of the Syrian military!

As we warned you before, we will not tolerate the presence of Syrian military personnel as long as they continue to violate the separation of forces agreement by operating in a demilitarized zone.

As long as there is a violation, there will be a response!” the IDF said in the leaflets, which also contained photos of armed SAA personnel within the buffer zone.

The attack came just two days after a series of Israeli airstrikes that targeted the southern outskirts of the Syrian capital, Damascus. The airstrikes reportedly hit military positions near the town of al-Kiswah. A source in the SAA told the Syrian Arab News Agency that the airstrikes resulted in material losses only.

In the last few months, Israel stepped up its attacks on Syria. Tel Aviv accused Damascus of not respecting the separation of forces agreement to justify some of its most recent attacks on the country’s southern region.

Israel appears to be working to establish indirect control over al-Qunitra’s buffer zone. In the near future, the IDF could attempt to launch a large-scale ground operation in the zone to annex what’s left of the Golan Heights under Syria’s control.