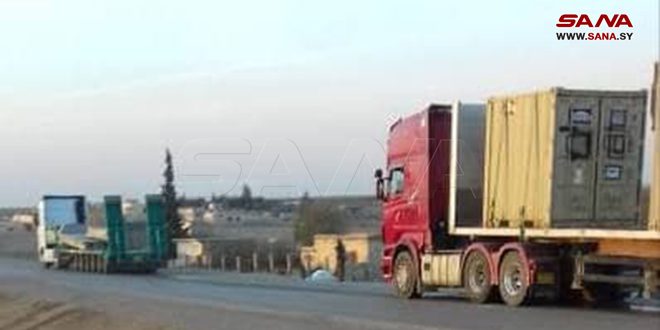 A convoy of the US occupation vehicles loaded with ammunition, military equipment and logistical materials has entered Hasaka countryside to reinforce the occupation’s troops in their illegitimate military bases.