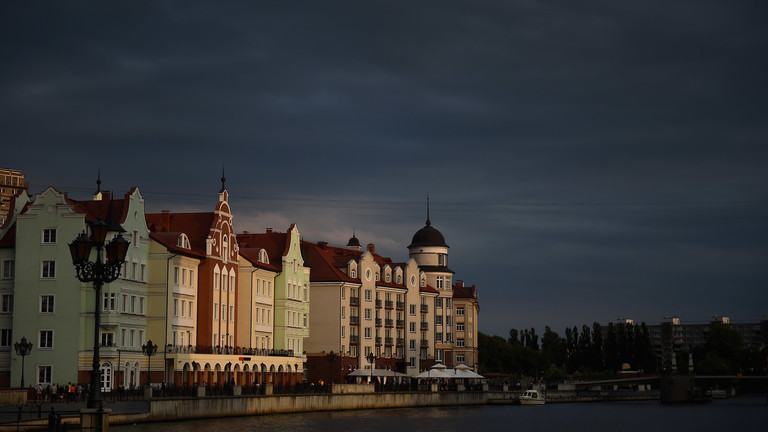 Moscow will retaliate to the transport “blockade” of Kaliningrad Region, the top security official says

“Of course, Russia will respond to hostile actions. Appropriate measures are in the works, and will be adopted in the near future,” Patrushev told reporters during a trip to Kaliningrad on Tuesday.

He added that the consequences of Moscow’s response will “have a serious negative impact on the people of Lithuania.”

On Saturday, Lithuania’s national railway operator banned the flow of sanctioned goods between the region and the rest of Russia, citing instructions from the European Commission.

Moscow slammed the move as illegal under international law and summoned the Lithuanian ambassador. On Tuesday, the Foreign Ministry summoned the EU’s envoy to Russia, Markus Ederer. “We demanded that the normal functioning of the Kaliningrad transit is restored immediately,” the ministry said in a statement.

Many countries, including EU members, imposed sweeping sanctions on Moscow in response to Russia’s military campaign in Ukraine, which was launched in late February. Josep Borrell, the EU’s top diplomat, defended Vilnius on Monday, saying it was acting in accordance with the bloc’s sanctions mechanism. “Lithuania is not guilty, it is not implementing national sanctions,” he told reporters.