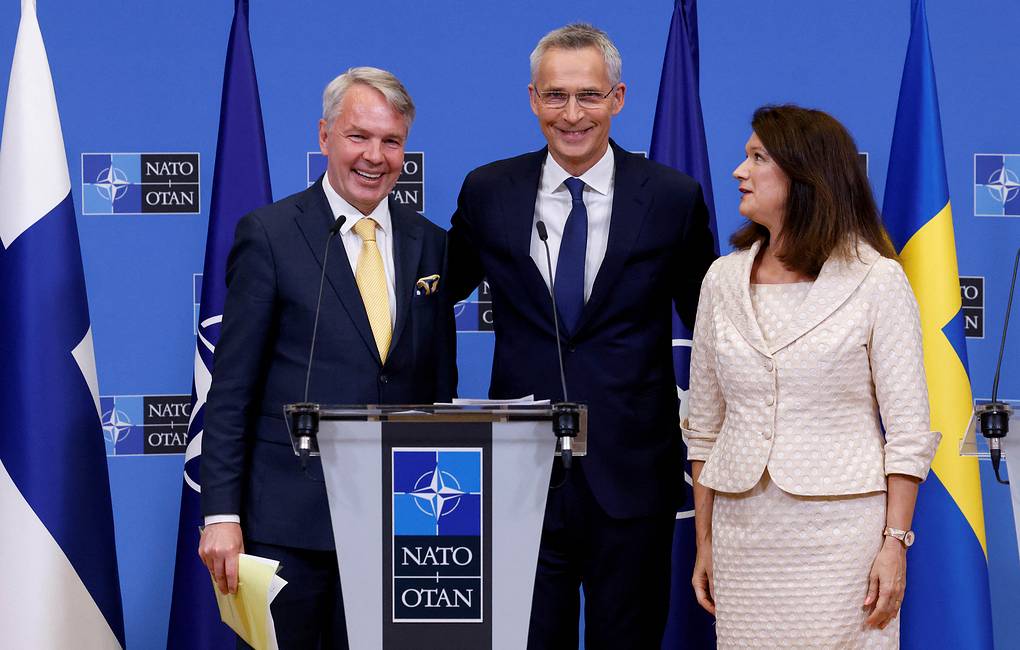 Finland and Sweden will join the alliance after the documents are ratified by all NATO states. NATO Secretary General Jens Stoltenberg said that NATO’s door remains open to European democracies who are ready and willing to contribute to shared security. “With 32 nations around the table, we will be even stronger and our people will be even safer, as we face the biggest security crisis in decades,” he said.

Finnish and Swedish top diplomats thanked NATO countries and expressed hope for the swiftest ratification of the documents, vowing to contribute to the alliance’s development.

On July 4, Finland and Sweden opened talks on joining NATO and completed them in one round which is an absolute record in the alliance’s history since the negotiation process normally takes years.

On May 18, Finland and Sweden applied for NATO membership, however, their accession was immediately blocked by Turkey who demanded that these countries declare Kurdish organizations as terrorist, extradite to Ankara those individuals accused of terrorist activity or the participation in the 2016 state coup attempt as well as lift bans on arms supplies to Turkey.

On June 28, before the Madrid-hosted NATO summit, Turkish President Recep Tayyip Erdogan, his Finnish counterpart Sauli Niinisto, Swedish Prime Minister Magdalena Andersson and Stoltenberg held talks. Following their results, a memorandum was signed allowing Stockholm and Helsinki to join NATO. According to the Turkish leader, all Ankara’s demands were fulfilled. Following the summit, Turkey’s Foreign Minister Mevlut Cavusoglu stated that he was expecting the US to decide on the delivery of 40 modernized F-16 fighter planes to his country in the near future.