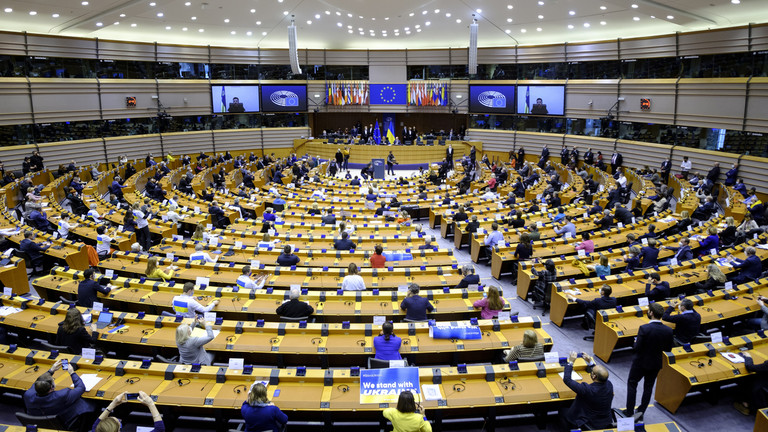 The bureaucrats in Brussels are the real winners from today’s lack of competent leaders in Europe, Russian Foreign Minister Sergey Lavrov said in an interview with RT and Sputnik on Wednesday.

“The [current] Western elites are very adequate in their own eyes, but they are restricted [in terms] of political experience and vision,” Lavrov told RT Editor-in-Chief Margarita Simonyan. “The lack of bright leaders is something really convenient.”

“To whom?” Simonyan asked.

“To the bureaucrats that make up the European Commission,” he said.

“They have become ‘a thing-in-itself’. It’s no wonder that Poland and Hungary are asking, ‘Why do we have to listen to these people?’”

To illustrate the point about the conflicts within the EU, Lavrov mentioned the ongoing spat between Budapest and Brussels over Hungary’s law that bans content which “promotes” or portrays “sex change or homosexuality” to minors.

The European Commission said the law was discriminatory and announced last week that it was suing Hungary in the European Court of Justice, the EU’s top judicial body.

Lavrov’s remarks come after former US Secretary of State Henry Kissinger told Bloomberg that the current “European leadership does not have the sense of direction and mission,” unlike leaders of the past such as Charles de Gaulle of France and Konrad Adenauer of West Germany.