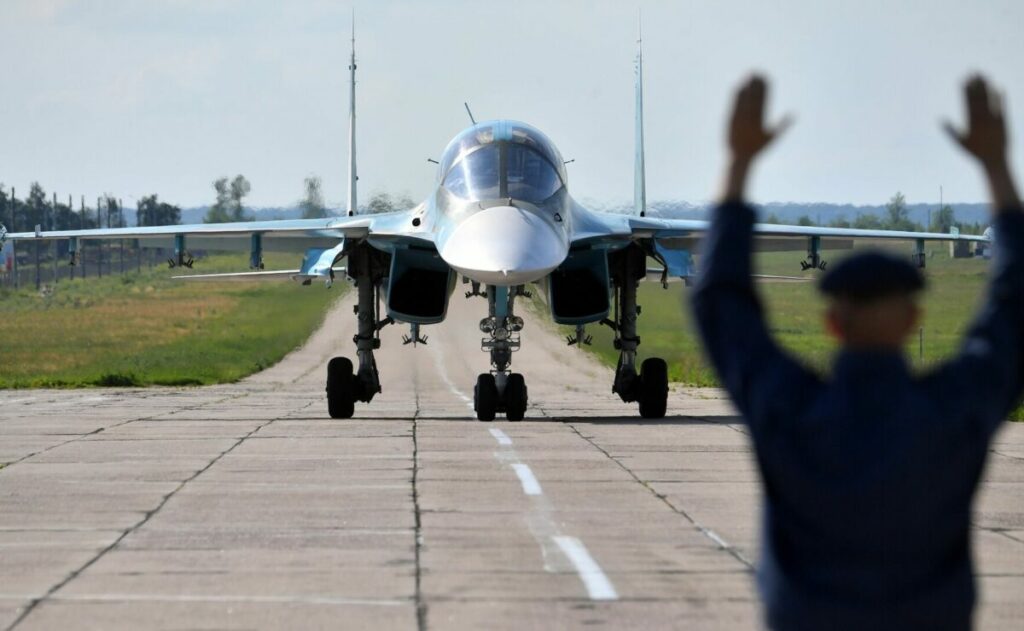 On July 25th, the Federal Security Service of the Russian Federation (FSB) reported that the military intelligence service of Ukraine attempted to steal Russian aircraft. The attempt was thwarted by Russian security forces.

Ukrainian intelligence officers supervised by the NATO special services tried to recruit Russian military pilots. They were promised $2 million as well as European passports for them and their families if they cross the Russian border on Russian military aircraft and fly to airfields controlled by the Armed Forces of Ukraine.

The SBU planned to hijack a Su-24 bomber, a Su-34 fighter and a Tu-22 M3 supersonic missile carrier from Russia, according to the FSB.

“The Federal Security Service of the Russian Federation uncovered and stopped the operation of the Main Intelligence Directorate of the Ministry of Defense of Ukraine to hijack combat aircraft of the Russian Aerospace Forces, supervised by NATO special services (…) Ukrainian military intelligence officers, acting on behalf of the political leadership of their country, tried to recruit for a monetary reward and guarantees of receiving citizenship of one of the EU countries of Russian military pilots. To persuade them to fly and land aircraft at airfields controlled by the Armed Forces of Ukraine”, FSB reported.

The operation on the hijacking of warcraft was carried out by the Main Intelligence Directorate of the Ministry of Defense of Ukraine. The Ukrainian operation was supervised by British intelligence. This was told by the pilots who were recruited.

According to the FSB, the involved employees of the Ukrainian special services and their “accomplices”, who  acted “on behalf of the political leadership of their country,” were identified.

Russian special services played an operational game, which resulted in the identification of several military facilities in Ukraine and their destruction. An operational game is called a system of counterintelligence actions, during which the actions of the enemy’s armed forces are under control and directed in a favorable direction. As a result, Russian counterintelligence received information that allowed Russian troops to strike at several Ukrainian military facilities, the FSB continued.

In order to gain the trust of Russians, Ukrainians shared information that they were not allowed to disclose. They asked the pilots to shoot a video next to specific aircraft as they wanted to make sure that those really have access to equipment. For these shots, they also promised a reward, which was handed over by couriers, recruited girls. Later it turned out that Christo Grozev was involved in the operation.

Netherlands-based investigative platform Bellingcat investigator Hristo Grozev found two female couriers, hired by Ukrainian intelligence, where they met at a railway station in Lipetsk in Western Russia to hand off an advance payment of $4,000 for a Russian pilot who allegedly agreed to participate in the hijacking.