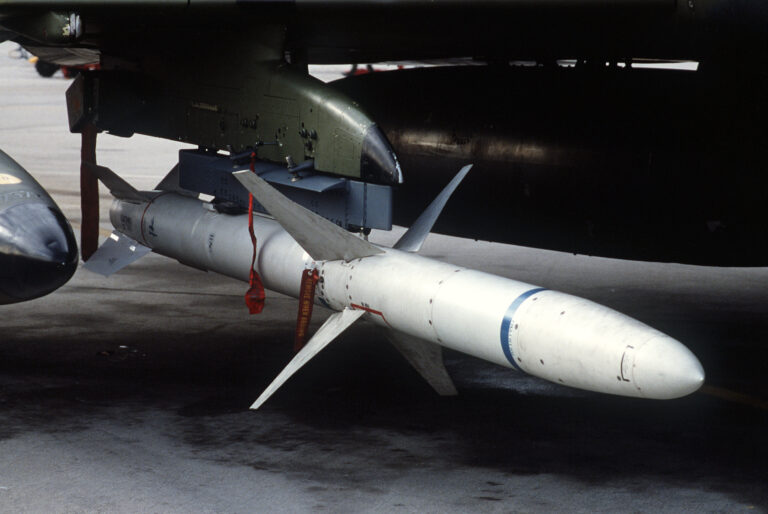 The US has reportedly supplied Kiev Forces with advanced anti-radiation missiles in a bid to weaken air defenses providing cover to the ongoing Russian special military operation in Ukraine.

On August 7, Russian sources shared photos showing the remains of a US-made AGM-88 HARM anti-radiation missile, that was allegedly launched by Kiev forces, near a position of the Russian military in an unspecified part of Ukraine.

The AGM-88 was designed to detect, attack and destroy radar and transmitter. The proportional guidance system that homes in on enemy radar emissions has a fixed antenna and seeker head in the missile’s nose. A smokeless, solid-propellant, booster-sustainer rocket motor propels the missile at speeds over Mach 2.0. The missile has a minimum engagement range of 25 kilometers and a maximum range of up to 150 kilometers.

The US didn’t announce that it will supply Ukraine with AGM-88 missiles. Nevertheless, Kiev’s Defense Minister Oleksii Reznikov said in July that Ukraine will receive anti-radiation missiles, which were not previously in the arsenal of its forces.

The AGM-88 can be launched from several advanced Western fighter jets, none of which are in service with the Ukrainian Air Force. It is possible that Kiev forces have been firing AGM-88 missiles from ground-based launchers.

Israel used a similar tactic to fire the air-launched AGM-45 Shrike and AGM-78 Standard anti-radiation missiles in the 1970s and 80s.

While ground launchers provide a solution, they will significantly limit the capabilities of the AGM-88. Since the missile is launched without the benefit of an aircraft’s speed or high altitude, its range will be considerably shorter.

It remains unclear what version of the AGM-88 was supplied to Ukraine. The missile’s newest version, the AGM-88E AARGM, features the latest software, enhanced capabilities intended to counter enemy radar shutdown, and passive radar using an additional active millimeter-wave seeker.

The Kiev’s newly-acquired anti-radiation missiles will not likely have any real impact on the battlefield due to the density of Russian air defenses and the strong presence of the Russian Aerospace Forces over Ukraine. These missiles were likely supplied by the US only to deplete the Russian military.