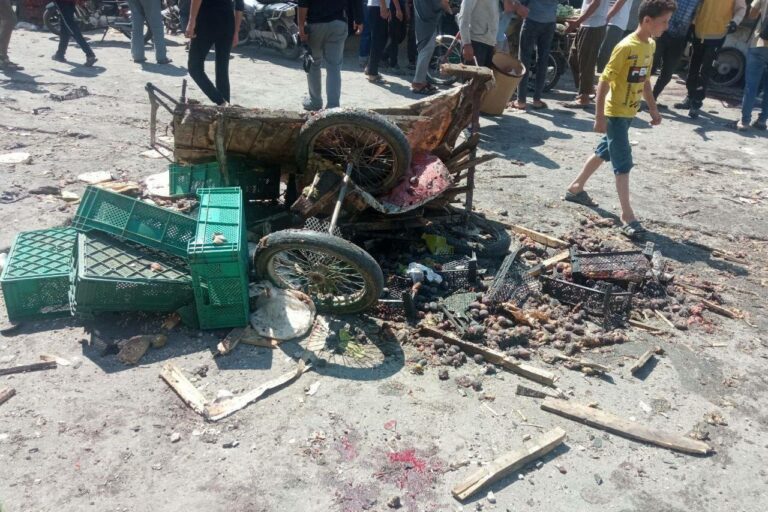 On August 19, at least 14 people were killed and 42 others were wounded as a result of a rocket attack that targeted the Turkish-occupied town of al-Bab in northern Syria.

A salvo of rockets struck a busy market in the town’s center just a few hours before Friday prayers. The rockets were allegedly launched from a strip of land to the southwest of the town, which is jointly held by the Syrian Democratic Forces (SDF) and the Syrian Arab Army (SAA).

Al-Bab, one of the largest urban centers in the northern countryside of Aleppo, is the main stronghold of Turkish-backed militants in Syria.

The London-based Syrian Observatory for Human Rights blamed the attack on the SAA, claiming that it was a response to the August 16 Turkish airstrikes on the town of Kobane in the northeastern countryside of Aleppo. Four Syrian soldiers were killed in the airstrikes.

Meanwhile, Syrian opposition and Turkish sources said that the deadly attack was carried out by the SDF. The Kurdish-led group denied responsibility. Nevertheless, just a few hours before the attack the group vowed to respond to a Turkish drone strike that targeted a teen rehabilitation center in the village of Szamuka in the northwestern countryside of al-Hasakah late on August 18. The drone strike killed four teenage girls and left 11 other people wounded.

The SDF and its affiliate, the Afrin Liberation Unit, carried out several rocket attacks on Turkish-occupied towns and villages in the northern Aleppo countryside over the last few years. Today’s attack on al-Bab was the most deadly this year.

The Turkish military and its proxies will likely respond to the rocket attack with brute force. Ankara could even use the attack as a casus belli for a new large-scale operation against the SDF in northern and northeastern Syria.