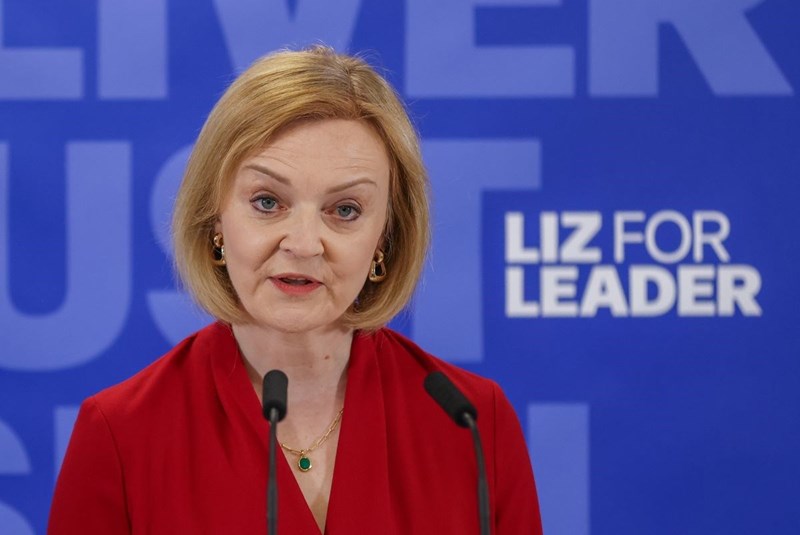 Truss vows to categorize China as “national threat to the UK”

According to Truss’ plans for a tougher approach to Beijing, China will be categorized as a threat to national security for the first time and will be elevated to a similar status as Russia.

The Times reported on Sunday, citing the politician’s allies, that UK Foreign Secretary and PM candidate Liz Truss will announce that China poses a threat to the UK’s national security, adding: “the foreign secretary has promised to reshape foreign policy if she becomes prime minister. She has pledged to reopen the integrated review, published last year, which set out British priorities in diplomacy and defence over the next decade.”

Chinese analysts said the policy on China in countries such as the UK would not witness any drastic changes with the changing of leaders, and giving impetus to the “China threat” is one of the best options for politicians to try and veil the domestic issues their countries are experiencing instead of actually trying to solve them.

Truss summoned China’s Ambassador to the UK, Zheng Zeguang, earlier this month to “demand an explanation” for China’s actions and rhetoric toward Taiwan. In a statement, Truss said, “I instructed officials to summon the Chinese ambassador to explain his country’s actions.”

During a meeting with a senior British Foreign Ministry official, Zheng “firmly rejected and strongly condemned UK side’s irresponsible rhetoric about China’s legitimate and necessary response to US House Speaker’s Taiwan visit,” as per the Chinese Embassy statement.

Hostility towards China seems to mimic the US’ approach, especially following US House Speaker Nancy Pelosi’s visit to Taiwan, which not only raised global alarms but led China to take substantial measures such as military drills around the island before, during, and after her arrival.

China conducted its largest-ever military exercises, as Beijing stressed that its military operations as “necessary and just,” blaming the US and its allies for the escalation.

Truss is competing with UK ex-Chancellor of Finance Rishi Sunak in the final round of the race to succeed Boris Johnson as prime minister. China represents “the largest threat to Britain and the world’s security and prosperity this century,” former Finance Minister Rishi Sunak said, proposing a series of measures to reduce Beijing’s influence in his country.

The British FM declared Tuesday that she feels “ready” to launch Trident nuclear weapons, asserting that making a decision was an “important duty of the prime minister.” There was no mention of when the Conservative candidate will be using nuclear weapons; however, she also pledged to raise military spending by 3% of the GDP by the end of the decade.

An approximate 200,000 members of the Conservative party will have to make a decision by early September on the fate of the two candidates. The name of the new Tory leader, who will automatically be named prime minister, will be revealed on September 5.