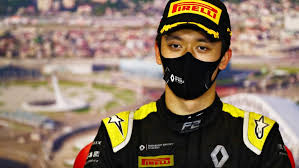 Asian powerhouse China signed off their 2022 World Gymnastics Championships campaign with a bang as Zou Jingyuan delivered a show-stopping performance to clinch a well-deserved gold medal in men’s parallel bars on the final day of the showpiece event in Liverpool, England on Sunday night.The 24-year-old Zou, who also bagged the Olympic gold in the same event last year, dominated from start to finish and posted the highest score of the meet in any final with a stunning 16.166 points. Germany’s two-time Olympian Lukas Dauser finished a distant second with 15.500, while Philippines’ sensation Carlos Yulo took bronze with 15.366.The result means Zou has captured record-tying three world titles on parallel bars, which is no mean feat, and earned adulation from the wide-eyed Yulo.

“He [Zou] is not human,” beamed the pint-sized Filipino star. “How he does parallel bars is not equal to anyone. He’s the only one doing that… To me, he’s like a god.”Zou, however, stays humble and admitted there is still room for improvement as he chose to raise the difficulty of his routine after establishing a solid lead in the final.”You could see that I was a little bit rushed and shaky, and there was a little pressure,” observed Zou, who also played an instrumental role in helping China claim a record-extending 13th gold medal in the men’s team final last week.

“This is the first time I did this 6.9 difficulty routine,” he added. “At first, I just wanted to stick with the original plan, use the 6.5 difficulty and perform it perfectly. But I decided to perform the harder routine to challenge myself.”

“This is not all I have in my pocket. I have some other skills that could raise my difficulty if I add them. But it is good that I know I can perform well in this 6.9 routine and later I will be confident to add to it.”

Earlier in the day, top qualifiers Ou Yushan made several errors and languished in sixth in the women’s balance beam final, which was the only blot on an otherwise perfect night for China.

Initially a reserve in the Japanese squad, Watanabe Hazuki took advantage of her prestigious rivals’ collective underperformance and defied the odds to win a shock gold on the beam.”At first, I was the reserve for the team, but when there was an injury, they changed it and I got a chance to come to the World Championships,” said the 18-year-old Hazuki, who has become the youngest Japanese female world gymnastics champion.”That was my first surprise. Now I have a medal too. It is all a bit surprising… I am very happy. This is my first world championships, my first big tournament, so my legs were shaking with the nerves.””Other gymnasts were falling and making big mistakes, but I was able to go through my routine okay. That was a real boost to my confidence!”

When the curtains came down in Liverpool, China finished second in the medal count with an impressive three golds and two silvers. The U.S. topped the standing with three golds, four silvers and one bronze. Japan rounded off the top three with two golds, three silvers and three bronzes