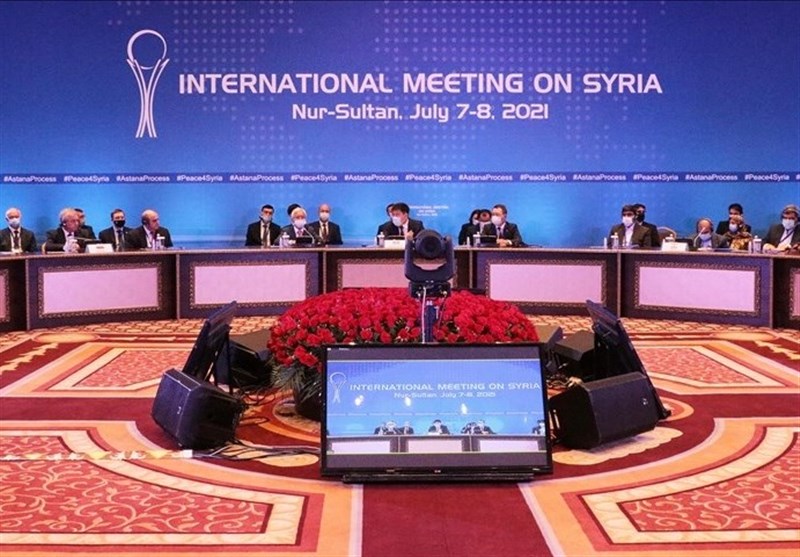 Following a trilateral meeting in Astana on Wednesday between Russia, Iran, and Turkey, the three countries emphasized the importance to fulfill all agreements regarding northern Syria.”We noted the need for the full implementation of all existing agreements regarding northern Syria,” the statement read.The statement added that the countries condemned increased terrorist activity by militant groups in Syria, stressing that they are determined to continue and expand counter-terrorism cooperation.Read more: Turkish airstrikes pave way for land operation in northern Syria, Iraq”[The sides] condemned the growing presence and activity of terrorist groups and affiliated structures operating under various guises in various parts of Syria, including attacks on civilian infrastructure and shelters of internally displaced people, resulting in civilian casualties.”The Astana format guarantor countries added that the sides “expressed their determination to continue interaction to combat terrorism in all its forms and manifestations and to counter separatist plans aimed at undermining Syria’s sovereignty and territorial integrity and threatening the national security of neighboring countries, including cross-border attacks and infiltration.”Read more: Russia urges Turkey to show restraint in SyriaThe countries’ representatives discussed the situation in Idlib and agreed to carry out further measures to maintain the stability of the governance and attend to the humanitarian issue there.The parties also agreed to “hold the 20th international meeting on Syria in Astana in the first half of 2023. We noted the agreement enshrined in the final statement of the trilateral summit on July 19, 2022, to organize the next summit in Russia,” the statement added.Read more: Three Syrian soldiers killed in Turkish aggression on Al-HasakahThe Astana talks were held following Turkish increased air attacks in northern Syria in the past few days.At the beginning of the 19th round of talks on the Syrian settlement in Astana, Russia’s special presidential envoy for Syria Alexander Lavrentyev said, “We will call on our Turkish colleagues to show certain restraint in order to prevent an escalation of tension, not only in the northern and northeastern regions of Syria but throughout the entire territory.”The envoy emphasized that efforts should be made to find a peaceful resolution to the Kurdish issue while working with all parties involved.

This article is originally published at al mayadenEnglish.com