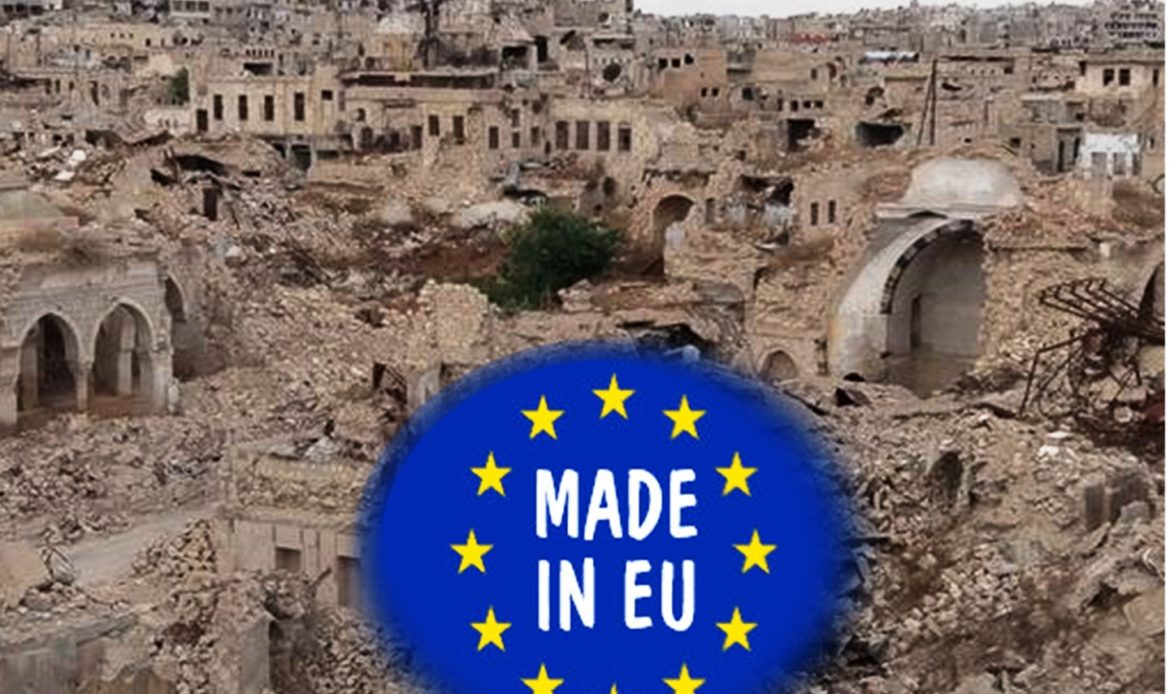 Monica Maggioni is an Italian journalist and is CEO of Rai.com, which broadcasts ‘Rai News 24 TV’, among others.  She interviewed Syrian President, Bashar al Assad, on November 26, and the interview was to be broadcast on December 2; however, it was mysteriously postponed.

Behind the scenes, at Rai.com there was conflict over the interview, with Fabrizio Salini declaring the interview was not commissioned, therefore it would not be broadcast, while Antonio Di Bella, director of news, declared it was not suitable to be broadcast, and Italian Senator Alberto Airola requested Maggioni to explain her role in the interview and answer charges of creating a diplomatic incident.

What was so explosive in the interview that the Italian news media wanted to hide from the Italian viewers? Many believe it has to do with questions 8 and 9 and President Assad’s response.

Question 8: At this moment, when Europe looks at Syria, apart from the considerations about the country, there are two major issues: one is refugees, and the other one is the Jihadists or foreign fighters coming back to Europe. How do you see these European worries?

President Assad:  We have to start with a simple question: who created this problem?  Why do you have refugees in Europe?  It’s a simple question: because of terrorism that’s being supported by Europe – and of course the United States and Turkey and others – but Europe was the main player in creating chaos in Syria.  So, what goes around comes around.

Question 9: Why do you say it was the main player?

President Assad:  Because they publicly supported, the EU supported the terrorists in Syria from day one, week one or from the very beginning.  They blamed the Syrian government, and some regimes like the French regime sent armaments, they said – one of their officials – I think their Minister of Foreign Affairs, maybe Fabius said: “we send.”  They sent armaments; they created this chaos.  That’s why a lot of people find it difficult to stay in Syria; millions of people couldn’t live here so they had to get out of Syria.

The US-NATO-EU attack on Syria is unprecedented in history.  General Wesley Clark was told there was a plan to ‘take out Syria’ well before the first protests took place in Deraa. This was an internationally coordinated attack on Syria by the US and Europe. This was a classic ‘regime-change’ project, which was instigated between the US and Israel, but agreed to by the EU and NATO members.  From the early stages of the conflict in Syria, the US and Europe provided political, military and logistic support to the ‘rebels’ in Syria and refused to call them terrorists. On 18 August 2011, President Barack Obama stated, “The future of Syria must be determined by its people, but President Bashar al-Assad is standing in their way. For the sake of the Syrian people, the time has come for President Assad to step aside.” This US statement was fully supported by Europe.

In 2013 President Assad stated he was ready for dialogue with the armed terrorists, but only if they surrender their weapons. However, the US-NATO-EU plan to support the terrorists never included a peaceful surrender of weapons, followed by a national dialog, which would end in a peaceful solution to the conflict.  The plan only called for weapons, training, and European officers to be continuously available to the terrorists, for ‘regime-change’.  Europe only wanted to fuel the fires in Syria, and never planned to be the voice of peace and international law.

What was at first billed as ‘rebels’ and ‘freedom fighters’ soon morphed into sectarian extremists and Radical Islamic terrorists who filled the battlefields under many names and uniforms, but who were all essentially the same terrorists.  Their names ranged from the ‘Free Syrian Army’ to ISIS. Radical Islam is a political ideology and is not a religion or a sect. Many experts have called Radical Islam a ‘Death-Cult’, which glorifies the killing of unarmed civilians, as well as armed adversaries, even to the point of eating human flesh while recording it on video.

Presidents Obama and Sarkozy convinced the EU to follow their lead.  However, the Syrian people and armed forces fought back.

Some of the refugees left Syria for ideological reasons, they sided with the terrorists and followed the Muslim Brotherhood. Others left for Europe because their homes and livelihoods were destroyed by the terrorists, but many were just economic migrants, and had not lost a home, were from safe areas, and perhaps had never seen any fighting, and they left to seek an income from the charity offered to them in the EU.

EU-NATO support of terrorism in Syria

Bulgaria: Boïko Borissov, Prime Minister from 2014, supplied the drug ‘Captagon’ to the terrorists in Syria on orders of the CIA.  The drug causes the terrorists to lose inhibitions and while under the influence they are capable of horrific atrocities.

Germany: A ship with intelligence ad satellite capabilities was off the coast of Syria providing the terrorists the locations and movements of the Syrian military, as well as intercepted telephone communications. Wolfgang Ischinger, chairman of the Munich Security Conference, said: “If the West supplies arms itself, it has more chance of influencing how they are used.”

Great Britain: British intelligence provided terrorists with information on Syrian military movements. In 2012, SAS Commandos were conducting covert operations within Syrian territory, and provided terrorists with military aid, including communications equipment and medical supplies, and provided intelligence support from its Cyprus bases, revealing Syrian military movements which were passed on to the terrorists. In 2013, Prime Minister David Cameron said that Britain would send weapons to the terrorists. In August 2016, the BBC published photographs that showed British Special Forces soldiers guarding the perimeter of the terrorist’s base at al-Tanf, on the Syria-Iraq border, and the terrorists were shown to be equipped with four-wheel drive Al-Thalab vehicles and weapons such as sniper rifles, anti-tank weapons, and heavy machine guns.

France: The ‘Friends of Syria’ group was initiated by then-French President Nicolas Sarkozy in 2012. They declared their intent to support the terrorists in Syria, “If the regime fails to accept the terms of the political initiative outlined by the Arab League and end violence against citizens, the Friends of Syria should not constrain individual countries from aiding the Syrian opposition by means of military advisers, training, and provision of arms to defend themselves.” In 2013, French President François Hollande said, that France was ready to begin supplying lethal aid to the terrorists, and by 2014 Hollande confirmed that France had delivered arms to the terrorists, and by 2015 had begun airstrikes in Syria.

The EU: in 2013 Brussels decided assistance to the terrorists would include weapons training.  Jane’s Defense Weekly reported a US shipment of 994 tons of weapons and ammunition in December 2015 from Eastern Europe to Syrian rebel groups, including 9M17 Fleyta anti-tank missiles, RPG-7s, AK-47S, DShKs, and PKMs. In early March 2013, a Jordanian security source revealed that the U.S., Britain, and France were training terrorists in Jordan to begin building a militia that would take over after Assad’s fall. By 2019, the EU issued a statement about Syria in which they now claim to call for peace and political negotiations to settle the conflict of almost 9 years duration and to have supported humanitarian and economic assistance there.  However, when faced with documented history, this statement is a bald-faced lie.  The EU position from the outset of the conflict was to support the armed terrorists and to prevent even chemotherapy drugs to be imported to Syria, because of the EU sanctions, which today prevents any possible rebuilding effort.