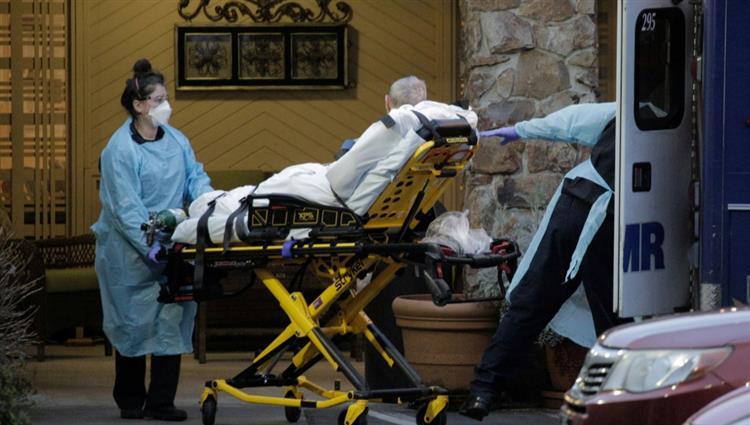 Earlier in the day, UK Prime Minister Boris Johnson announced that he would remain in self-isolation, one week after revealing that he had tested positive for COVID-19.

The Buckingham Palace announced on Friday that Britain’s Queen Elizabeth II will address the nation tomorrow over coronavirus.

“Her Majesty The Queen has recorded a special broadcast to the United Kingdom and the Commonwealth in relation to the Coronavirus outbreak. The televised address will be broadcast at 8 pm on Sunday 5th April, 2020,” Buckingham Palace said.

The statement comes as Britain reported a record 684 death toll in its daily update, as the number of confirmed cases of coronavirus climbed by 4,450 on the previous 24 hours.

Earlier in the day, UK Health Minister Matt Hancock stated that the peak of the UK’s coronavirus outbreak will come in the next few weeks, adding that the pick depends on how people adhere to social distancing rules.

A source told Reuters that the British government’s worst-case scenario envisages a coronavirus death toll of 50,000 if self-isolation is not fully adhered to. The source added that the worst day for deaths is projected to be April 12, which this year is Easter Sunday.

At the same time, earlier in the day, the NHS Nightingale Hospital, capable of housing up to 4,000 people, opened its doors to coronavirus patients at the ExCel convention centre in London.