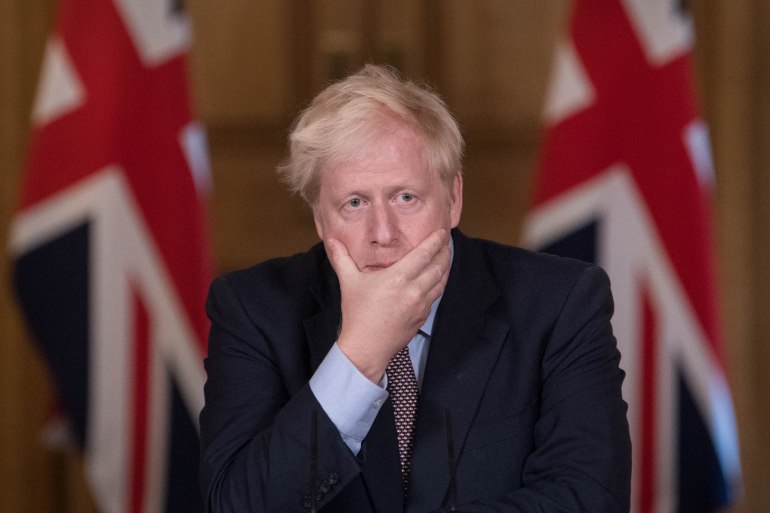 The United Kingdom’s current relations with Russia are not the way London would like to see, British Prime Minister Boris Johnson said during a telephone conversation with Russian President Vladimir Putin on Monday.

“The Prime Minister was clear that the UK’s current relationship with Russia is not the one we want. He said significant bilateral difficulties remain, including the poisonings in Salisbury in 2018. The Prime Minister also underscored the importance of Ukrainian sovereignty,” a Downing Street spokesperson said after their telephone call.

The Kremlin said after the conversation that the two leaders exchanged views on the current situation in bilateral relations and “expressed a common opinion that despite the existing problems Moscow and London should establish cooperation in a number of areas.” According to the Kremlin, the sides agreed to “maintain necessary contacts on the issues touched upon during the conversation.”

Putin’s previous telephone conversation with Johnson took place on May 8, 2020. Back then, the sides also expressed readiness to establish dialogue and cooperate on issues on the agenda of Russian-British relations and on current international problems.

The Russian president and the British prime minister met in January 2020 on the sidelines of the international conference on Libya in Berlin. It was their first and only personal meeting.

If the British version of the affair is to be believed, former Russian military intelligence (GRU) Colonel Sergey Skripal, 66, who had been convicted in Russia of spying for Great Britain and later swapped for Russian intelligence officers, and his daughter Yulia, 33, suffered the effects of a nerve agent in the British city of Salisbury on March 4, 2018. Claiming that the substance used in the attack had been a Novichok-class nerve agent developed in the Soviet Union, London rushed to accuse Russia of being involved in the incident. Moscow rejected all of the United Kingdom’s accusations, saying that neither the Soviet Union nor Russia ever had any program aimed at developing such an agent. Notably, Britain’s military chemical laboratory at Porton Down near Salisbury said it failed to trace the origin of the substance that poisoned Sergey and Yulia Skripals.