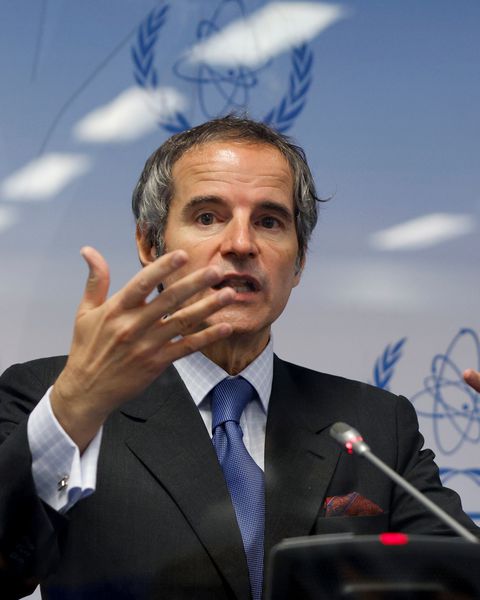 The US, UK, France, and Germany want the UN’s International Atomic Energy Agency (IAEA) to pass a resolution declaring it “essential and urgent” for Iran to explain traces of uranium found outside its declared nuclear sites, Reuters reported on Friday, citing a draft of the resolution. The measure, which requires a simple majority to be passed, will be considered during the board’s quarterly meeting on Wednesday.

The IAEA’s Board of Governors, made up of 35 member states, “decides it is essential and urgent … that Iran act to fulfill its legal obligations and … take the following actions without delay,” the text as seen by Reuters reads. According to the draft, Tehran must provide credible explanations for the traces and “access to location and material the Agency requires, as well as for the taking of samples as deemed appropriate by the Agency.”

The proposed resolution is said to have been sent to all of the Board of Governors’ members the day after the IAEA released a report summarizing the years-long investigation into the traces, which were found at three undeclared sites in Iran. UN inspectors visit Ukrainian nuclear sitesIran has agreed to meet with IAEA officials in Tehran after Wednesday’s board meeting, though diplomatic sources told Reuters they did not expect anything of substance to come of it.

The four countries behind the resolution plan to meet in Paris on Monday to discuss the matter ahead of Wednesday’s meeting.Tehran has insisted upon the IAEA shutting down its investigation into the nuclear traces as a precondition for reviving the 2015 nuclear agreement that fell apart in 2018 when then-US president Donald Trump withdrew Washington from the deal and the other partners failed to honor their commitments. While Israel has warned for over two decades that the country is on the verge of building a nuclear bomb, Iran insists it only wants the technology for peaceful purposes.